News / Going green may be popular, but US express customers are loathe to pay for it 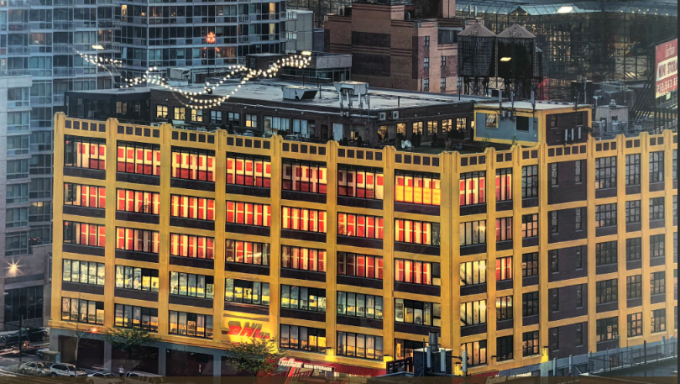 However, while a green sheen may be popular with customers, they are not particularly willing to pay more for it, claimed one operator.

Chief executive of DHL Express US Greg Hewitt told The Loadstar the company was on course to meet both short- and long-term targets for neutralising emissions, but one area was lagging.

“By 2025, one of the short-term initiatives we want to have achieved is to have 50% of our customers leveraging the available green solutions,” he said.

“But in some cases, these come at a premium and we are seeing that consumers are not willing to pay for these more expensive, though greener, transport options.”

Even so, DHL’s Manhattan facility is on course to meeting the company’s 2050 carbon neutrality goals, with 100% of its final-mile operations already running under its green initiative, and leading its US operations when it comes to environmental sustainability.

“The short-term goal is to have 75% of final-mile operations running under a green solution by 2025,” said Mr Hewitt. “Well, here in Manhattan we are setting an example for the others.”

Asked by The Loadstar how DHL would cut carbon while using air freight, Mr Hewitt said the aim was to neutralise rather than remove emissions and the company has made efforts in local communities – in New York, DHL is ahead of its targets with 1m trees already planted across the city’s five boroughs.

“This is another part of our green initiative to minimise our carbon footprint, with many parcels in the Manhattan area being delivered by foot,” he said. “Alongside this, we are working with local government to get authorisation for our quadcycle to be used on the city’s roads and cycle paths.”

Already operating in The Netherlands, the quadcycle can carry up to 125kg of shipments, with most cycle couriers using it covering 50km a day.

Mr Cucalon said the quadcycle was not allowed on New York city roads, only two-wheelers in designated bike lanes, but he hoped this would change soon.

“Our vehicle make-up comprises only electric and hybrid trucks, 95 in total, and these are charged at our Manhattan facility,” he added. “While we get some energy from the grid, the bulk comes from our own micro-turbine, itself fuelled by eco-friendly natural gas.

“The smaller vehicles cover 40 miles on a single charge and the larger ones 80, and with our delivery range being dense, on average drivers only cover 80 miles a day.”

The efforts made in Manhattan are being mirrored in the new facility DHL is about to open in Garden City in the NY borough of Queens. This is already set up for electric vehicles and will be part of what Mr Cucalon described as the company’s “aggressive efforts” to be carbon neutral by 2050.