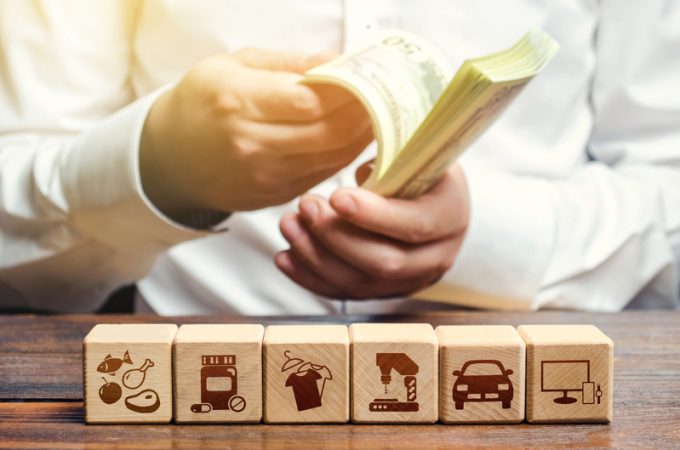 Although global trade fared better in 2020 than expected, the World Trade Organisation (WTO) reckons the recovery has peaked, and sees headwinds for this year.

The WTO’s latest Goods Trade Barometer, published in late February, indicates that the decline in global trade volume last year was less pronounced than the 9.2% drop it predicted earlier, thanks to a strong performance in the third and fourth quarters.

However, its authors are less sanguine on the outlook for this year: “The outlook for merchandise trade will depend to a large extent on the evolution of the virus and the dissemination of effected vaccines.”

Moreover, the WTO analysts found some indicators that led them to believe that the momentum going forward is likely to flag.

This conclusion is based on the observation that, while all component indices were on trend or above, some, such as export orders and auto products, were showing signs of deceleration and others could turn downwards in the near future. Indices for electronic components and raw materials were rising, which could be due to inventory stockpiling, suggesting impending decline, they diagnosed.

On the other hand, Everstream Analytics, formed this month out of the merger of supply chain risk analytics firms Resilience 360 and Riskpulse, has not found any indications of a looming downturn, according to CEO David Shillingford.

He sees good potential for further growth, suggesting much momentum is still trapped by lockdown measures caused by Covid-19.

“There’s still upside in the removing of restrictions from activities that tend to fuel the global economy, primarily around consumers, but not completely,” he said.

This does not mean that it will be completely smooth sailing though, he noted. He does anticipate bumps, but they will be blips rather than a fundamental disruption.

Developments in the European Union and Brexit suggest that both the EU and the UK will be facing headwinds, whereas predictions for US trade, notably imports, remain bullish. Mr Shillingford does not think that this could lead to a bifurcation in trade flows, with Asia-North America continuing to rise while Asia-Europe traffic languishes. He views the European travails as a temporary slowdown rather than a fundamental decline.

Along similar lines, the relentless upward momentum of Asia-US freight rates, could arguably encourage some shift of equipment to the transpacific arena, but this would only be temporary, he said.

Nor have the equipment shortages, and stratospheric rates in their wake, dented trade momentum.

“In our view, the shortages in capacity have not significantly impeded growth in global trade. Companies have continued to explore other ways of getting goods uplifted, particularly at the height of the pandemic, when charter flights were an expensive but reliable way to keep goods moving,” said Shehrina Kamal, product director, intelligence solutions, at Everstream.

These preferences may be strained by protectionist moves. Last month, the International Chamber of Shipping noted that 98 countries had set up temporary export restrictions or bans in the pandemic, which are hampering global trade.

Following an executive order from the White House, the US is about to embark on a strategic review of vital supply chains to address vulnerabilities, such as over-reliance on single areas of sourcing. Concerns about reliance on China are high.

While the new US administration is showing more openness to getting things back on track with the UK and Europe, there does not seem to be any real softening towards China, Mr Shillingford said. On the other hand, he added, there was a big distance between a desire to reduce reliance on sourcing areas and actually achieving this. The locations of raw materials and production tend to be heavily embedded in global networks, he said.

It remains to be seen what recommendations the US review will produce and what action will come out of this. What is clear today is that the experience with the pandemic has brought about fundamental changes in supply chain strategy. Mr Shillingford said companies needed better visibility of their supply chains and a greater emphasis on agility.

“The fundamentals of looking for lower cost will not change, but it’s the balance between that and service that will shift; and it will be a challenge for companies – particularly with cash being a challenge – to build redundancy into their networks, which is why this notion of agility is so important,” he said.