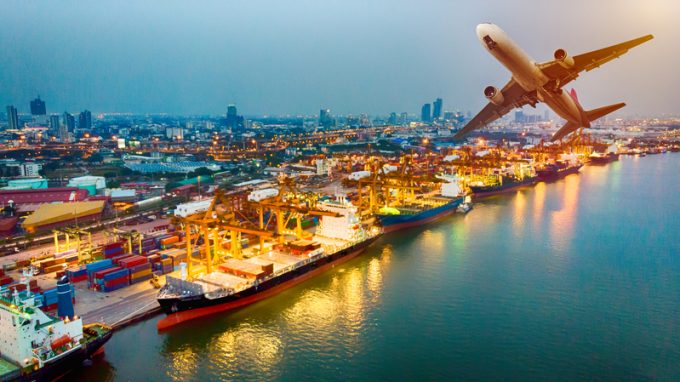 The coronavirus pandemic led to an 11.6% year-on-year contraction in air and sea freight forwarding volumes in the first half of the year.

Global trade suffered from the double-blow of reduced factory output in China and then the subsequent fall in demand as social lockdowns were ordered.

According to new analysis by supply chain consultancy Transport Intelligence (Ti), the air freight sector bore the brunt of the declines, with the global market shrinking by 15.3% in the first half the year, and Ti forecasted today that, despite signs of recovery in the second half, the full-year picture would show a decline of 13.9%.

And that came on the back of a full-year market contraction of 4.1%, as “the US-China trade war and a slowdown in global automotive sales began to bite”.

Meanwhile, the sea freight sector was more robust, recording a decline of 7.6% in the first six months of 2020, with Ti predicting a full-year contraction of 6.4%.

Naturally, freight forwarders have been unable to escape these declines, but among a sample group of six – DHL, DB Schenker, Expeditors, K&N, Agility and Damco – all posted increased year-on-year revenue.

However, Ti noted that their financial fortunes in the first half of the year varied wildly: for example, Kuehne + Nagel saw a 15.5% reduction in volumes and a 1.4% increase in revenue; Expeditors saw volumes drop 9% but revenue increase 47.2%; and Damco saw volumes drop 11.2% but grew revenue 63.2%.

Ti said the forwarding sector’s fortunes for the remainder of the year largely depended on how much capacity carriers were able to reintroduce.

“Air forwarders face uncertainty as passenger flights, which carry around half of all global air freight volumes, look unlikely to return to pre-pandemic levels for years to come.

“Sea forwarders and their shippers are placing increased pressure on carriers to reinstate blanked sailings, as manufacturing capacity and consumer demand gains strength globally,” it said, but warned that despite the recent strength in some trades, considerable risks continued to overshadow the industry.

“The picture is clear – 2020 will be a ‘down year’ for the market, with no country or region set to escape contraction.

“While there are positive signs for some in the market, from a cyclical re-stocking cycle and the upcoming fourth-quarter peak seasons, there remain significant downside risks – none more significant than the potential for a second wave of virus cases, further lockdowns and ongoing economic strife in many western consumer markets,” it said.