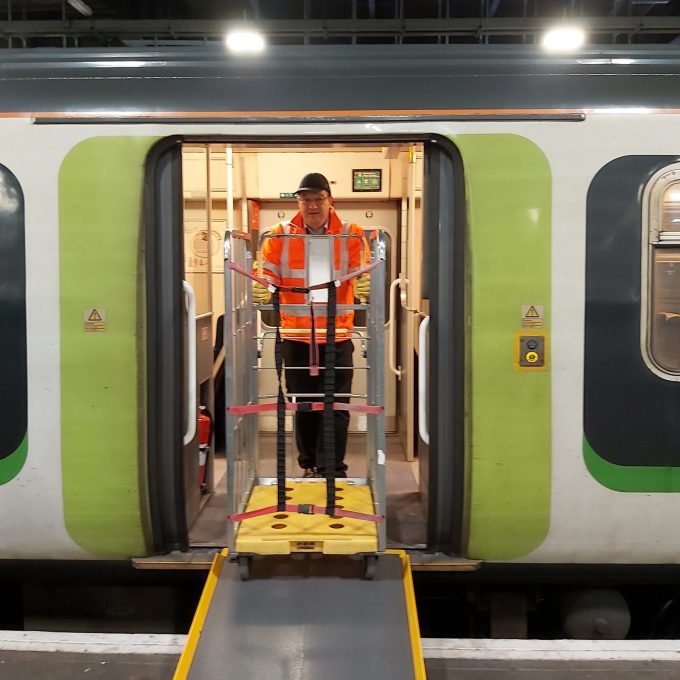 The transformation of passenger transport to carry cargo has shifted modes.

UK rail freight operator GB Railfreight (GBRf) has taken a leaf out of the air cargo industry playbook and converted a commuter train to carry express freight to London.

The company recently completed a trial shipment of NHS supplies on a passenger train on the West Midlands to London route, and said that, “with minor interior modifications, it could be loaded in both dedicated freight terminals or platform side in any town or city that has a station and appropriate road access”.

It claimed converting passenger trains to carry parcels had been a relatively straightforward process.

“The train was loaded with cages that can each carry 200kg of packages and parcels,” a spokesman told The Loadstar. “The test was to ensure that the cages could be loaded/unloaded from the trains existing door arrangement, with minimal modifications, and to see how many of the parcel cages could be conveyed within each vehicle with seating removed or a modified seating arrangement.”

“This successful trial shows how the railways can play their role in helping the speedy delivery of vital supplies, and we are keen to be able to do our bit to help the NHS meet the logistical challenge of keeping our hospitals supplied during this period of huge demand,” he said.

“Post-crisis, these services could play a role in reducing the air pollution and carbon emissions associated with parcel deliveries, with them being brought into the heart of cities by train overnight, and last-mile then undertaken by electricity-powered vehicles,” added Mr Smith.

The company declined to comment on whether it was planning to launch scheduled converted-passenger rail services, but did say that it was in “discussion with government about how the service could play a role in helping with the logistical challenge of delivering supplies to UK hospitals”.