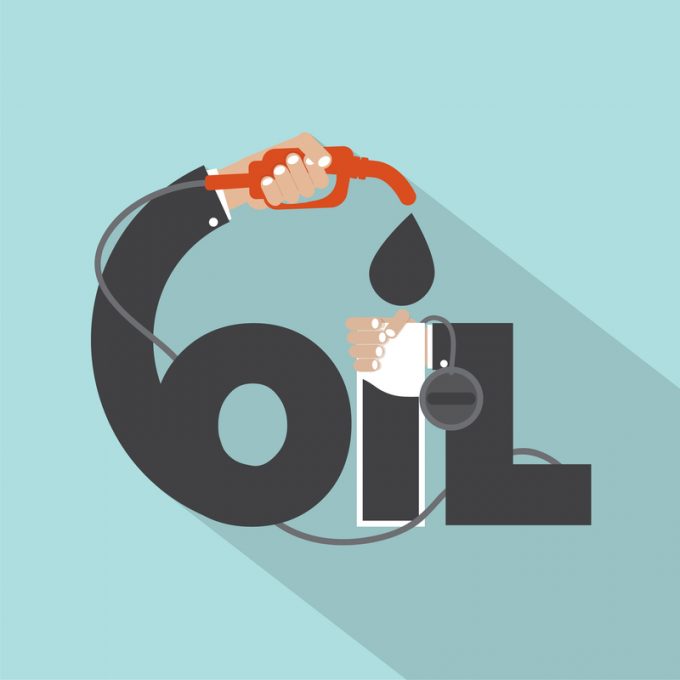 This article is an abridged version of the one published last week on Loadstar Premium.

Jeff Rubin was CIBC global chief economist for some 20 years, a leading authority on oil, and much sought-after keynote speaker. He has developed and published ground-breaking insights on the lesser known aspects of oil in globalisation and the modern economy, been rated as a top economist throughout his career, and is an award-winning author.

Russell Wood: What’s been the role of oil and the oil price in the age of globalisation?

“It’s been nothing short of critical. Globalisation is all about separating where goods are made and where they are sold, ostensibly to take advantage of the huge disparities in wage costs around the  world.

“But as markets become separated further and further away from their supply chains, transport costs become increasingly important. And no matter how goods are transported around the world, whether by truck, rail, ship or plane, we are basically burning the same fuel, oil.

“So the price of oil is paramount. In a world of triple digit oil prices [Brent crude oil currently hovers at around $72/barrel], distance suddenly costs money and our world becomes a whole lot smaller.

“All of a sudden, freight rates get warped out of kilter. Particularly with the back-and-forth movements of inputs and intermediate goods that are commonplace in today’s global supply chains. Every stop along those far-flung supply chains gets more expensive to move cargoes to, as oil prices climb higher.

“In that way they act like a tariff by restraining global trade. At a minimum they force those supply chains to be located closer to their end markets.”

You famously predicted the oil price hikes that led to the global financial crisis (GFC). What is the relationship between oil price and global recessions like the GFC, and why is this so poorly understood?

“The relationship between oil price shocks and global recessions was once very well understood. It was hard not to understand their linkage since every major price shock led to devastating recessions beginning with the two OPEC shocks during the 1970s.

“Not only did they siphon off massive amounts of income from oil-consuming countries, but their inflationary impact evoked crippling increases in interest rates from central banks around the world.

“In other words, when oil prices are cheap, so too is the cost of borrowing money. But when oil prices spike so do borrowing rates and that impacts everyone in the economy regardless of how much oil they consume.

“You’re absolutely right about that relationship getting lost in most accounts of the devastating 2008 world recession and the global financial crisis that ensued.

“It was the price pressures from soaring oil prices that prompted the Federal Reserve Board to hike rates, which pricked that financial bubble.”

Your work has shown that there is an almost inbuilt “failure-mode” within modern oil demand and supply price cycles. Can you describe how this works and where we’re at in the current cycle?

“Well, the conflict between supply and demand is predicated on their different responses to price.

“The supply curve is of course upward sloping, while the demand curve is downward sloping. While that is true for almost all goods, it’s particularly problematic for oil, given the ongoing depletion of conventional supply.

“At the same time the demand for oil is quite price sensitive, particularly as a motor fuel. Hence the higher the price, the less people drive, or they switch to more fuel-efficient vehicles, like electric or hybrid ones. So there is an obvious tension between the kind of prices needed to replace depleting conventional supply and the resilience of demand at those prices.

“In the past, high oil prices have always proved to be their own worst enemy since the surges in prices have all led to, or at least been connected to global recessions dating back to the first two OPEC oil shocks. And then of course, oil prices tumble as demand collapses, only to begin a new cycle as lower prices resuscitate demand.

“So where are we now, in that never-ending cycle of rising prices bringing new sources of supply, only to ultimately kill the demand for them?

“Oil seems to have settled in a range of about $60 a barrel, which makes some supply like the heavy oil from Canadian oil sands no longer viable. Even more so for costly Arctic drilling which is dead in the water at today’s oil prices…

“But if you look at where new supply is coming from, it’s flowing from shale formations in the United States like the prolific Permian Basin. The United States is now the largest oil producer in the world, pumping out 12 million barrels per day.

“Soaring American production has more than offset all the supply reductions that OPEC and Russia have made to support higher world oil prices.

“That supply dynamic has left oil prices in their current sweet spot. By sweet spot, I mean high enough to sustain further growth in at least shale production (which for the most part needs oil prices north of $40 a barrel), but not high enough to either choke off its global demand or generate inflationary pressures that elicit a growth killing interest rate response from central bankers.

“How long can prices remain in this Goldilocks zone? For as long as US shale production can continue to more than compensate for declining production of conventional oil fields like Ghawar, in Saudi Arabia.

“If at some point US shale production can’t keep growing, prices will rise again, and fast, as depletion of conventional supply gets the upper hand. Alternatively, if fracking goes global, then shale formations all around the world will soon be adding to global supply just as the Permian or the Bakken in the United States have.

“Most estimates suggest that if the world is to achieve the emission reduction targets pledged by countries at COP 21,(which would hold the average increase in global temperature to less than 2 degrees), oil consumption will have to fall anywhere from 25 to 40% from current levels within two decades. That required reduction in oil usage is less likely if oil prices stay at about $60 a barrel.

The latest IPCC report paints a very dire picture for the environment, it also singles out shipping and aviation for special mention. As rising oil prices, faltering global demand and environmental crises all collide, how do you see this playing out?

“While shipping and aviation deservedly get special mention, the biggest reason global GHG emissions are once again on the rise is the healthy demand for coal, particularly in Asia. That both reflects strong ongoing growth in power demand in the region as well as special factors like the closure of nuclear power plants in Japan and their power replacement with coal and LNG.

“It’s noteworthy that in contrast to Asia, coal-fired emissions have, ironically, fallen in the United States…

“But coal’s real nemesis in the US is not the environmental initiatives of the past Obama administration, but rather the astounding success that fracking has had in accessing previously inaccessible natural gas trapped in American shale formations.

“As natural gas prices have plunged with the onslaught of new supply, over 200 coal-fired power generating stations have been closed in the Untied States over the last decade – a trend that is continuing unabated during the Trump administration.

“Until we see a breakthrough in energy storage technology that would allow renewables like wind and solar to serve as base load power, fracking is the only viable commercial alternative to coal.

“That poses an inconvenient choice for many environmentalists.

“Of course the price of carbon emissions can have the same impact on transport costs as the price of oil itself.

“For example $100-a-ton price on carbon emissions poses as much a threat to fossil fuel consumption as triple digit oil prices are to global oil consumption.”

(Russell Wood is a senior columnist for Loadstar Premium.)

SEEKING ALPHA‘s Wall Street Breakfast daily is now out: Listen on the go! A daily podcast ...

OP: Brent tumbles below $110 as fears of recession intensify