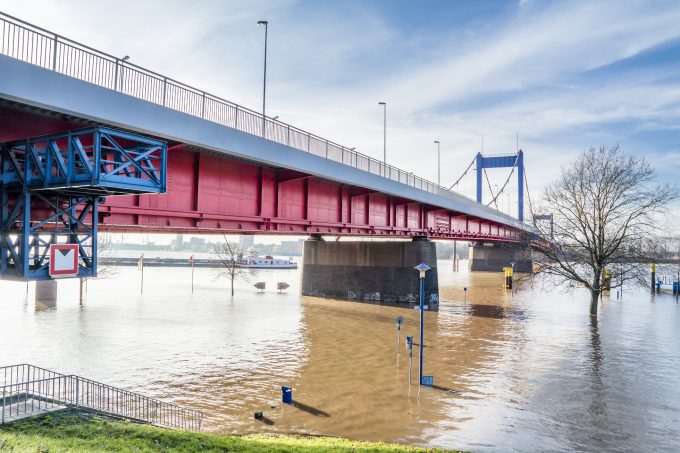 European intermodal services were plunged into chaos following flash floods across the continent last week – but now there is are hopes of a fast resolution.

As the fallout from the freak weather conditions extended into Belgium, forwarders told The Loadstar they had seen deliveries cancelled after train operators suspended services throughout Europe and Maersk announced a three-week closure of its Antwerp-Athus rail corridor.

A source in the rail sector told The Loadstar: “Our customers are now growing increasingly concerned over the length of time it will take to get things back up and running. They’re saying three weeks, but rail is a production-heavy mode and that means it needs to ensure regularity.

“Recovering from this could be a nightmare, and this may see clients find alternative options for getting their goods into factories. If they succeed at this, they may not come back.”

More than two months’ worth of rain fell in the 48 hours between last Wednesday and Thursday, devastating towns across Germany and Belgium, as well as affecting Austria, Luxembourg, the Netherlands, and Switzerland, with the North-South rail corridor caught in the middle of it.

Germany’s finance minister, Olaf Scholz, reportedly pledged “billions” for a reconstruction programme aimed at getting people back into their homes and goods moving again quickly.

Maersk said “extreme damage” to the Antwerp-Athus line had left it expecting repairs to last “at least three weeks”, but warned customers to keep an eye out for updates.

Metrans was forced to suspend its services between the Czech Republic and northern Europe following a landslide on the 23km stretch of rail line between Děčín and Bad Schandau.

The operator said: “Resumption of operations for freight transport has not been confirmed yet, the extent of the damage is still being evaluated.”

It said it had organised “diversion routes through the Schirnding/Cheb border crossings and for trains from Česká Třebová or Dunajská Streda via Poland via Lichkov and Horka”.

It added: “However, alternative routes do not have sufficient capacity and therefore there will be significant delays. We apologise for the inconvenience.”

One forwarder said that while there had been “some chaos”, leading to delivery cancellations, they believed the situation was beginning to clear. And commercial director of BLS Cargo Dirk Pfister noted that some lines had reopened “faster than expected”.

“Of course, the flooding in Germany, Belgium and the Netherlands, and the subsequent line closures, had a heavy impact on our services,” he explained. “From the middle of last week until the weekend the traffic to and from Belgium almost completely stopped. Deviations were not possible because the left bank route Belgium-Switzerland, via Luxembourg/France, was also interrupted.

“A deviation via the Netherlands was possible in theory, but not realisable in practice due to too little capacity, with reduced capacity also in Germany.”

But with the main connection between Germany and Belgium – the Aachen-Montzen route – back up and running on Friday, Mr Pfister believes the “very difficult” period could be over in “quite a short time”.