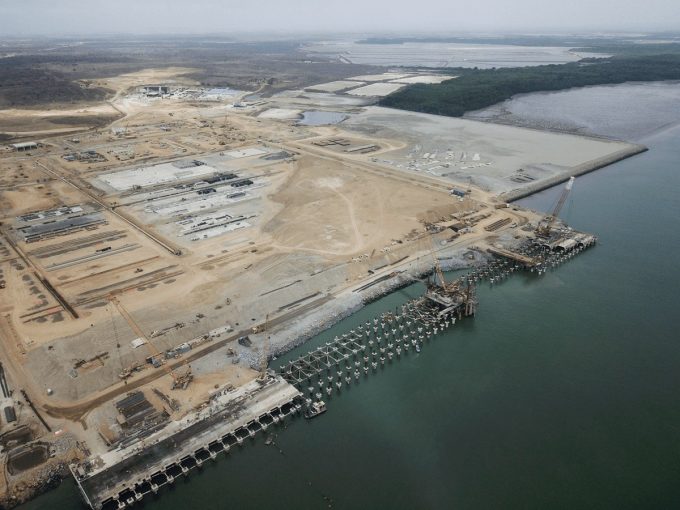 DP World’s planned new port at Posorja in Ecuador has come under threat from legal action against the environmental permit granted by the government.

According to local reports, lawyers representing environmental interests have disputed the permission, granted to the project’s developers, to dredge an access channel to the port.

They have filed an environmental protection action against Ecuador’s ministry of transport, claiming the dredge will disturb the habitat of bottlenose dolphins.

Critics of the project claimed the ministry had failed to carry out proper due diligence in its review of the permit for the dredge, noting that permission was granted after just 92 days, when the average time to grant a permit for an infrastructure project in the country is 1,057 days.

Under DP World’s plans to create a new deepwater port for the country, the access channel on the Guayas River will be dredged to a depth of 16.5 metres, 175 metres wide, for some 34km.

The new facility is planned to be able to handle vessels of up 15,500 teu and will have an initial capacity of some 750,000 teu across its 400-metre berth.

The initial works on the dredge began last summer after a $100m contract was awarded to Belgian dredging company Flanders Dredging Company, a subsidiary of Jan de Nul.

According to another local report, some 320 metres of quay pilings had been installed by the end of January, with initial port operations scheduled to launch in the second half of this year.

Investment in the first phase is $540m and in November DP World secured a $377m loan from the Inter-American Development Bank, two investment banks in France and Germany and the Chinese Fund for the Co-financing of the Americas.