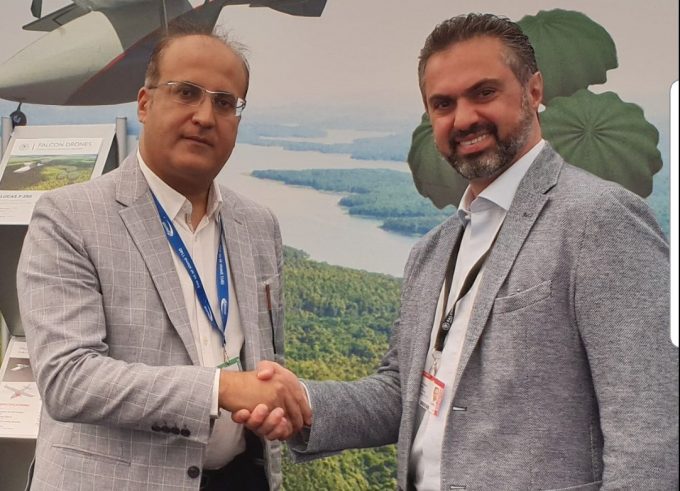 Unmanned aircraft could represent “an opportunity to get into Africa’s vast and untapped air cargo markets”.

Speaking at the Farnborough Airshow, founder and chief executive of Astral Aviation Sanjeev Gadhia said the untapped Kenya market alone was valued by the WTO at £2.4bn.

The intra-Africa cargo carrier also announced it had signed a letter of intent to acquired two Falcon Drones’ Lucas F-250s, which offer a flying time of up to 10 hours, a speed of up to 200kph, capacity for Euro pallet dimensions, fully autonomous takeoff and landing and Waypoint navigation.

The letter of intent comes with the option of purchasing 10 more next year and states that Astral Aviation will be the exclusive operator of the Lucas F-250 drone in Kenya. 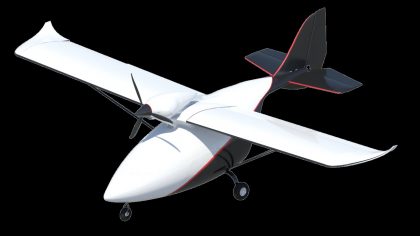 “There are many problems experienced in Africa when it comes to cargo delivery, including getting vaccines to hospitals, books to schools and food to remotes areas,” said Mr Gadhia.

“In some cases it can take three weeks for schools to receive books, and up to two weeks to get food to certain communities.”

Mr Gadhia said his company was eyeing integrating drone technology into its fixed-wing operations, following regulatory approval. But by 2020, he believes, Astral’s drone programme will be running cross-border operations, replacing the fixed-wing services, before going continent-wide in 2022.

“Cargo drones are both more operationally, and cost-, effective than using fixed-wing aircraft in Africa,” said Mr Gadhia. “We plan to set up a training academy and a drone corridor to test the fleet, as well as developing a drone port, which requires significantly less space than conventional airports.”

One source told The Loadstar that Astral was providing a “practical demonstration” of technology that could “change air cargo”.

However, Mr Gadhia faced questions on how his drone programme could interface with Africa’s myriad and complex internal customs systems.

“This is undoubtedly an important issue and a major barrier in Africa, but initially we will be running point-to-point operations,” said Mr Gadhia.

“That said, as far as the oil and gas and mining markets are concerned, we’d like to be running direct delivery services. Of course, this is reliant on customs approval.”

Across 56 countries Africa has 57 aviation authorities, and one member of the conference audience quipped it was easier to fly to Istanbul and back than use internal African flights.

But a bullish Mr Gadhia maintained that drones offered “the ideal solution to delivering cargo” across the continent’s varied terrain.

“We have a saying that we want to be able to access the inaccessible, connect the disconnected and reach the unreachable,” he said. “[Drones] provide the perfect system to reach both remote and unsafe areas.”

Alongside the Falcon units, the carrier is also working on the FlyOx Cargo Drone – which has received testing authorisation – which has a 1,200 km range and 1,850 kg payload, as well as the Nautilus, which can carry, 2,317kg and fly 1,850 km.

Against the odds: Bet you've never heard of the world's drone capital

Clone a drone or drone alone