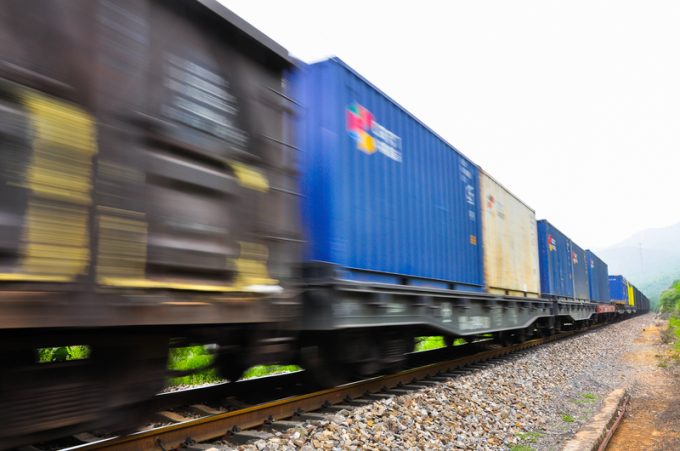 Chaos in the air freight industry could lead to a greater reliance on rail on the Asia-Europe lane.

As images of congestion in Shanghai began to arrive and forwarders report the challenges of sending goods by air, Davies Turner said shippers should look instead to rail.

Air freight is experiencing little or no immediate booking capacity available, and there are waits of more than a week to get cargo on a flight out of Shanghai –and with prices at all-time highs, rail is looking increasingly attractive.

To help shippers, Davies Turner said it would quote price per kilo.

“It is the language that air freight importers are more used to dealing with,” explained Tony Cole, head of supply chain services for Davies Turner. “It makes a comparison between the relative costs of the intermodal rail service and air freight more immediately obvious.

“At the current rate of just $0.24 per kg or 2,000 cubic metre, with a minimum cost of $120, it is no surprise that our direct Express China Rail service is becoming of great interest to the air freight sector. They are facing sky-high air freight rates out of China; $10 to $15 per kg now being seen.

“Importers that traditionally move freight by air only need to factor-in the slightly longer lead times for rail, to see what a massive cost saving they can benefit from. Importers that are able to remodel their supply chains to use the rail freight option may do so on a permanent basis.”

Davies Turner offers a weekly express rail service from Xi’an to the UK via Duisberg, which was previously priced using the standard overland freight pricing of US dollars per cubic metre. Transit time is normally between 22 and 24 days, although some trains have been as quick as 17 days.

However, it is thought that Chinese authorities are now checking increasing numbers of export boxes, which is expected to add some time to the journey.  One source said that many consignments of PPE have been misdeclared, holding up all exports.

As one air freight forwarder noted, pointing to the failure of a UK government order for PPE equipment to arrive this weekend, due to be flown in by the Royal Air Force (RAF), “even the RAF, with British government backing, can’t get PPE here as scheduled.

“It’ll be the Royal Navy moving containers next, to try and get us out of this deep, deep hole.” 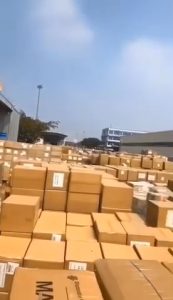