News / DHL thinks outside the box inside the car boot 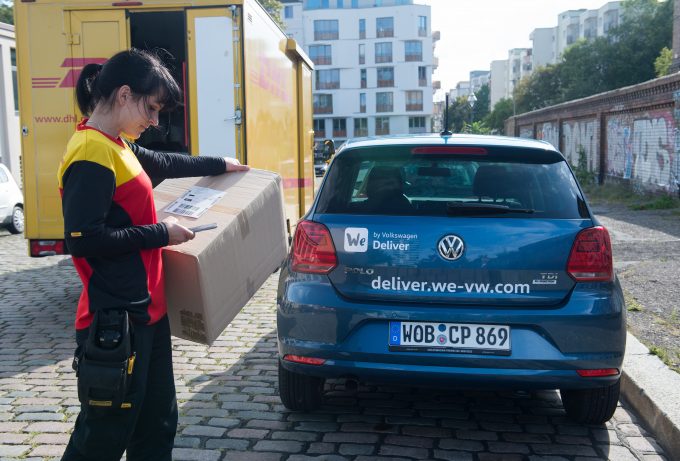 You could accuse DHL of many things, but lack of innovation is not one of them.

Today, it announced an initiative which shows it is continuing to think outside the box. Except, on this project, it is thinking inside it. It is working with Volkswagen on a new method of delivery – leaving parcels in the boot (trunk) of cars.

It works, inevitably, with an app from the car manufacturer which tells DHL delivery drivers where the car is, and gives them a code with which to open the boot. Once the boot has been closed, the access code no longer works. Couriers can pick up parcels, or drop them off.

The car owner is notified of the delivery. DHL requests a two-hour time slot, and cars must be parked in accessible places such as car parks or outside addresses.

It certainly solves the problem of where to securely leave packages while people are out.

DHL Parcel and Volkswagen are launching the pilot project in Berlin, using 50 VW Polo cars for selected participants in the trial, which will test out the service for four weeks. The cars have already been kitted out with the required equipment, called ‘We Deliver’, by Volkswagen.

It’s not the first trial – DHL has already tested it in Stuttgart, Cologne and Bonn with Smart cars.

It does trigger questions over security, however, and how to mitigate any related risks. DHL was unavailable for comment at the time of publication.