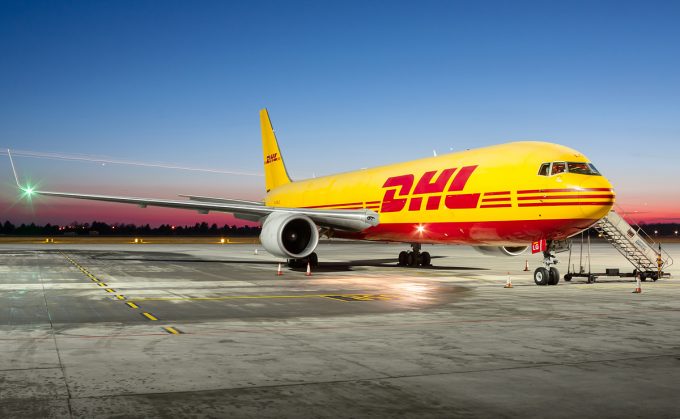 The rush for conversion slots to boost freighter capacity is heating up. On 22 July DHL signed an agreement with Boeing to convert four 767-300ERs into all-cargo configuration.

“We are excited to introduce additional Boeing 767 freighters to the DHL Express air network,” commented Geoff Kehr, senior vice-president, global air fleet management, DHL Express. “We have operated the 767-300F model across our global fleet for many years, and look forward to continue investing in the platform by adding more 767-300BCFs. The freighter type offers a proven versatility and we appreciate the opportunity to further enhance efficiency while simultaneously improving our environmental footprint.”

With about 50 tonnes of structural payload at a range of some 3,000 nautical miles (5,556 kilometres), the 767-300BCF has virtually the same cargo capability as the 767-300 production freighter, according to Boeing.

DHL commented that the order is part of a broader move to modernise its longhaul fleet to improve sustainability and cost-efficiency. At the same time, it is meeting a growing need for more freighter capacity.

The company signed an order for three 767-300ER conversions with Israeli Aviation Industries in late June. For short-term needs it leased two 767 freighters from ATSG earlier this month.

“There is a lot of need for freighters right now,” remarked Jens Steinhagen, interim director of freighter conversions at Boeing. “We’ve seen a surge in demand for our conversion programmes.”

Aeronautical Engineers Inc, which focuses chiefly on 737 freighter conversions, signed its most recent order for a single 737-400 reconfiguration on 13 July with CargoAir. Throughout the spring it has received a string of orders, including a contract for three 737-400s for KF Aerospace.

Likewise, Precision Aircraft Solutions has registered a strong uptick in enquiries about its 757 conversion programme as well as more Airbus A321s becoming available for conversion.

“Demand is growing as the world realises that this shift is not temporary and may last for years,” commented Brian McCarthy, vice-president aircraft trading. “The sobering reality or major airlines planning on becoming much smaller in the next two to three years is sinking in.”

The impact of Covid-19 on the aviation industry has created a perfect storm to carry freighter conversions. The slump in passenger traffic has crippled bellyhold capacity, which is projected to take two or three years to recover to pre-pandemic levels. At the same time, it has prompted airlines to phase out rafts of aircraft, creating ample feedstock for conversion at residual values far below what those planes would have fetched back in February.

At this point Boeing is nearing maximum output for its 737 and 767 conversions.

“I see us at capacity in both programmes,” Mr Steinhagen said, adding that activity in the 737 segment had already been going strong prior to the outbreak, while demand for 767 conversions had been steady at the time.

Boeing is on course to deliver 21 converted 737 freighters this year. For next year it was planning an output in the higher twenties range but is now aiming to boost this to 35. The number will probably be higher in 2022, as capacity ramps up, Mr Steinhagen said.

For 767 conversions Boeing has three conversion lines available. “Next year we’re looking to add at least one line, maybe another one,” he said.

He does not anticipate any constraints from Covid-19. All of Boeing’s conversion lines are located in China. They suffered a small impact early in the year, when the outbreak was at its peak in the Asian country, but since then there has been no effect, he said.

Minor kinks can slow down the process moderately, so it is important to plan ahead and allow sufficient time for these.

“We continue to see difficulty moving planes and people around the globe. Customers need to plan on a longer time to move these,” Mr Steinhagen said, adding that dealings with regulators can take longer, as staff may not be in their office.

At the top of the widebody landscape there are no conversion kits left for 747 and MD-11 types, but interest in the 777-300ER is mounting. The first candidate was delivered to Israel Aerospace Industries in early June for the prototype conversion.

The larger fuselage of the 777-300ER makes the type highly attractive to operators with a high level of volumetric cargo and is therefore widely seen as a strong candidate for trunk routes moving ecommerce and pharmaceuticals.

Given the relatively high conversion costs due to necessary structural reinforcement in the aircraft floor, lower feedstock prices make the converted 777-300ER an attractive proposition, which should cost a good deal less than the 777-200 production freighter.

Launch customer GECAS, which signed up for 20 conversions and another 20 options, has estimated that the converted 777-300ER could grab as much as half of the projected widebody market in the years up to 2030.

Mr Steinhagen sees no threat from the 777-300ER conversion to Boeing’s 777-200 production freighter.

“We look at them as two different animals,” he said, explaining that the converted type would be more suited to the needs of express operators, while the 777-200F can carry heavier types of cargo.

“We see strong growth in express but also with other types of cargo,” he commented.