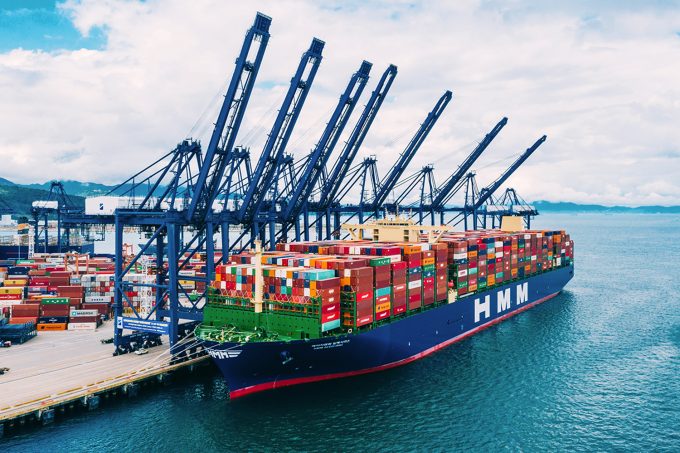 HMM posted a net profit of $310m for the first six months of the year, but its bottom-line result would have been substantially better without a $1.7bn loss from derivatives transactions.

The South Korean carrier’s revenues almost doubled, compared with H1 20, to $4.56bn, (of which around 93% was attributed to its container business) from an 8.4% increase in carryings of 1.93m teu, producing an above-industry par average rate of $1,987 per teu.

Indeed, Maersk reported an average rate of $1,519 per teu for the second quarter, while Hapag-Lloyd and OOCL recorded $1,714 and $1,799 respectively.

In its recovery from near-collapse in 2016 and after only becoming a full member of THE Alliance in April last year, HMM will have less contracted business than its peers, and is thus able to source more cargo from the more lucrative spot and short-term markets.

At the ebit level, state-backed HMM’s operating profit for the six months came in at an impressive $2.06bn, a massive turnaround after racking up some $3.3bn in losses since 2016.

The nature of the derivatives losses have not been clarified, so far, but HMM said they were terminated in June and would “no longer be reflected in HMM’s financial statements”.

HMM concurs with the views of Maersk and Hapag-Lloyd on the outlook, and said: “The highly elevated freight rates are expected to last through this year at least.

“The global supply chain will remain strained, resulting from terminal congestion in major ports, the shortage of both vessel space and containers and increased cargo demand,” it added.

Since last August HMM has deployed 38 extra loaders – 29 ships between Asia and North America, three on the Asia to North Europe trade, five between Asia and east Russia and one extra intra-Asia sailing from South Korea to Vietnam. And it announced early this month it was doubling the number of slots reserved for SMEs on its extra loader services to 600 teu per sailing.

To cope with equipment shortages, the carrier has ordered 120,000 teu of new dry van boxes, of which 98,000 teu has already been delivered, as well as ordering 4,600 teu of new reefer units.

The South Korean flagship container line is the eighth-largest global carrier, with a capacity of 842,192 teu on 80 ships, of which 46 vessels are chartered-in. It placed an order in June with compatriot shipyards for 12 panamax 13,000 teu ships which will be delivered during 2024, which, assuming HMM keeps its current fleet intact,will take capacity to the 1m teu aspirational target set in its 2018 restructuring.

According to Vesselsvalue, HMM’s fleet has an asset value of $7.6bn, including its 12 24,000 teu ULCVs, which were delivered last year, at the optimum time to benefit from the demand surge, and are now valued at some $250m each, compared with their build cost of around $140m.