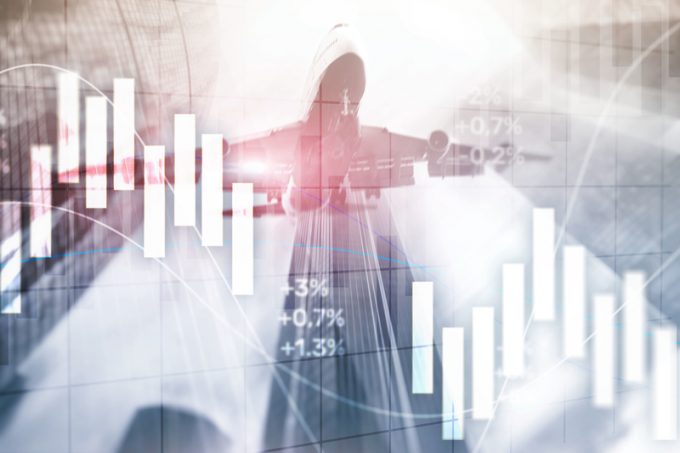 New year, new optimism: air freight, after a dismal year in decline, is finally seeing growth, due to increasing demand in Asia Pacific.

New, up-to-date data reveals that the air cargo industry grew 1.2% in December, year on year, the first positive growth since 2018.

December’s growth stems from Asia Pacific, where there was a strong uptick in both inbound and outbound Europe and Middle East traffic.

Asia Pacific traffic to Europe and the Middle East saw 4.8 % growth, while from Europe it rose 6.4%.

The industry’s most up-to-date source on market trends, Selfie App, has been released by Clive Data Services, a new kid on the block, which is to provide weekly updates on market developments.

Alongside the data from airlines, it has verified its accuracy against existing data sources such as WorldACD and IATA,

“We are updating data every Wednesday, providing clients with information on the previous week developments,” explained Niall van de Wouw, founder and managing director of Clive. 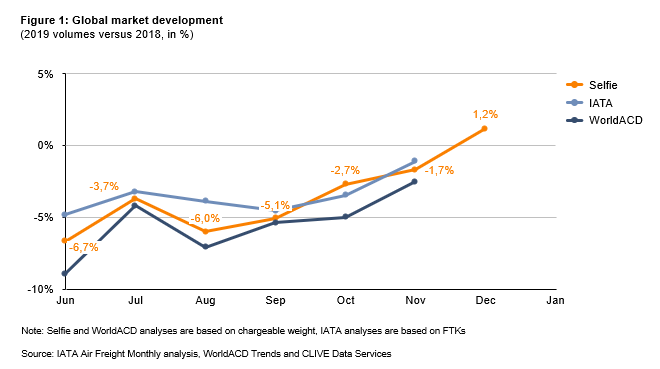 “Previously, the market only had access to data which was several weeks old. But the market is changing so rapidly that airlines are in need of faster information flows, so they can put their own performance into context – and take the necessary measures where needed.”

“It makes all the difference if you have seen your volumes decline in a given week on a given lane by 5%, and you see that the overall market was flat or declined by 10%. It puts your own performance  immediately into perspective. You can’t do that with data that which is several weeks old.”

“The weekly updates will be particularly useful for the coming weeks, as Chinese new year (CNY) starts in January this year, while it fell entirely in February last year. As this holiday has a large impact on the volumes out of Asia Pacific, there is little value in comparing January 2020 volumes with those of 2019.

“But because we have weekly data, our clients can make a like-for-like comparison for the weeks leading up to CNY and during the holiday itself, relative to the relevant weeks in 2019.”