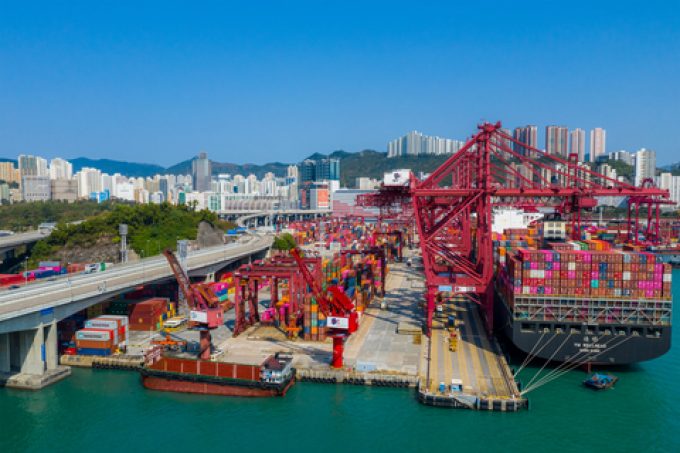 The Shanghai lockdown is delaying shipping schedules in South China and bringing down spot rates.

And now Guangzhou has become the latest port city to undergo mass Covid-testing, a frequent precursor to tough restrictions under China’s zero-Covid policy.

City-wide testing began on Saturday evening, along with travel restrictions on who can leave and enter the city.

A contact at the port of Nansha said its container terminals were operating normally, but truck drivers in the area had to show a 48-hour negative PCR test, which had caused “some issues in the Pearl River Delta”.

Moreover, according to Fibs Logistics, mother-vessel schedules are often delayed five-to-seven days at Guangzhou port, “due to irregular feeder vessel and barge services”.

And, the forwarder said, the lockdown in Shanghai was having an impact on South China shipping schedules by delaying vessel arrivals at Hong Kong and Yantian, for example.

Shenzhen and Hong Kong have been battling their own on-and-off Covid testing and restrictions for months, disrupting normal manufacturing and trade levels.

“Due to the strict Covid-restrictions, the trucking costs are soaring,” he told The Loadstar. “We’re using more feeder services, as it’s a much cheaper alternative. We now also use feeder ships for airfreight shipments ex-South China via Hong Kong, but it can create delays.”

Mr Nyberg said there was now more vessel capacity available across the Pearl River Delta for exports, since there were fewer volumes being shipped from Shanghai.

“The carriers are mostly looping from north and east China going south. But now they are arriving with extra capacity, so they are selling lower spot rates from ex-south China ports,” he explained.

Meanwhile, foreign firms have started lobbying Beijing over its”heavy-handed” Covid policy and impact on supply chains. In a letter to China’s state council, the EU Chamber of Commerce in China (Eurocham) said the “old toolbox of mass testing and isolation” was no longer suitable for the tackling the Omicron variant.

Jorg Wuttke, the chamber’s president, wrote: “Current measures taken to try and contain the recent Covid-19 outbreak in China are causing significant disruptions, extending from logistics and production all the way along the supply chain within China.”

Eurocham’s letter highlighted a survey of German businesses in China, which showed that 51% had experienced “severe” disruption to logistics and warehousing operations.