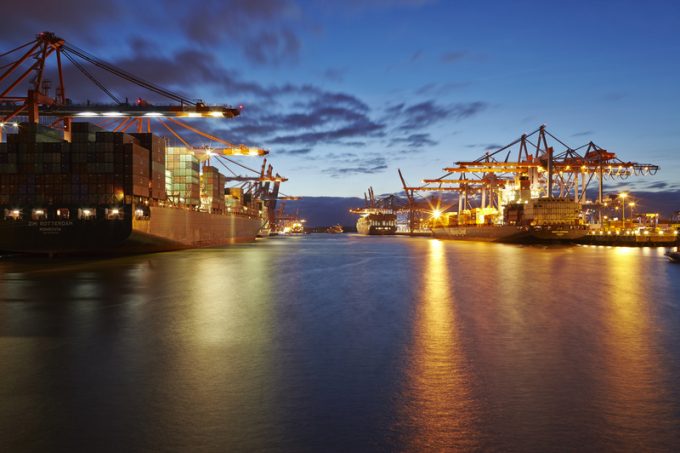 Container spot rates from Asia to Europe and from Asia to the US west coast are around 30% lower than 12 months ago, while fuel costs have jumped over 20%.

Most carriers claim it is “too early to say” at what level rates will settle, or begin to recover, but worried frowns have begun appearing on the faces of liner executives concerned that the cumulative $7bn industry profit in 2017 could have been a one-off.

Friday’s Shanghai Containerized Freight Index (SCFI) recorded a further 10.1% decline in spot rates to North Europe to $633 per teu – this compares with $838 per teu a year ago.

For Mediterranean ports, the SCFI saw spot rates drop by a less dramatic 5.4% on the previous week to $615 per teu, but this is still 36% below that of the same week of 2017.

Indeed, carriers on the route seem to have given up on any immediate recovery, setting their FAK rates for April at the same, or in some cases lower, levels than the previous month.

Speaking during Hapag Lloyd’s 2017 results presentation last week, chief executive Rolf Habben-Jansen said new contracts on the route had been agreed at a level “on average somewhat better than a year ago”, although it was not clear whether this took into account the higher cost of bunker fuel.

However, spot business makes up around 50% of the total liftings on the trade and carriers cannot afford any further rate erosion.

The positive shift in the US trades last week was good news for carriers trying to negotiate improved contract rates from 1 May – however, spot rates are still 31% below 2017 levels for the west coast and 19% lower for the US east coast.

“I still hope we will secure slightly higher rates on TP for this year,” said Mr Habben-Jansen last week.

The pressure is building from investors and shareholders, who these days follow the spot indices closely, after witnessing years of net value destroying returns from the sector.

Hapag Lloyd’s surprise decision to declare a first-time dividend of €0.57 per share, despite the carrier’s debt ballooning to $6.8bn after the takeover of UASC, was seen by many as an encouragement to its investors.

In its latest Container Forecaster, Drewry says the “top-heavy delivery schedule” across the industry in the first quarter for receiving newbuild ULCVs would result in a “negative sentiment for annual contracts”, and predicts only a “small uplift in average freight rates for the year”.

Nevertheless, Drewry was more positive on the supply and demand position for the longer term.

“For now, we are optimistic that new investment in containerships will be appropriate to demand needs,” said Simon Heaney, senior manager, container research and editor of the Container Forecaster.