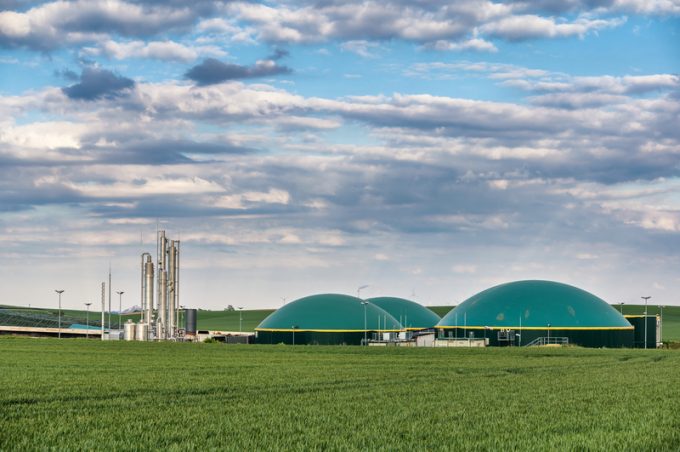 CMA CGM has stepped up its investment into alternative fuels, launching a project to buy 12,000 tonnes of bio-methane on a guarantee-of-origin basis.

It noted that this amount of fuel would be enough to power two of its intra-Europe subsidiary Containerships’ 1,400 teu LNG-powered vessels, deployed on a St Petersburg-Rotterdam Baltic Sea feeder loop, for an entire year.

However, the company stressed that, acquiring the fuel did not mean it would be running the ships purely on bio-methane from next month; rather that it paved the way for it do so in the future, as the fuel begins to enter the market.

In Europe, bio-methane is largely produced by the natural methanation of organic and plant waste.

“This energy source represents a fine example of how the circular economy can work while benefiting the agricultural sector,” said the company.

“CMA CGM intends to push ahead with the development of this energy source by investing in bio-methane production facilities and studying the viability of liquefaction processes, so that bio-methane can be rolled out as a shipping fuel.”

“The guarantee-of-origin system is very simple and designed so that small producers can produce bio-methane and obtain a certificate – that certificate is then sold and the producer can inject the bio-methane into the gas grid. It does not require a separate infrastructure.

“So today, we have announced we are going to buy 12,000 tonnes of bio-methane on that basis, to send a clear message to our customers, partners and suppliers that this is one of the solutions that will help us reduce greenhouse gas emissions.”

The company first tested bio-methane as a ship fuel last November, when 1,000 tonnes was loaded into the LNG-powered CMA CGM Saade’s fuel tanks.

Mr Trad said tentative plans to invest in bio-methane production were part of a strategy to create economies of scale for the fuel type, and similar to the process it has undergone with bringing LNG as a fuel to the market.

“We want to build trust in this as a fuel, because it will bring scale to the industry – the more bio-methane you get going into the grid, the greener the industry becomes.

“The first priority was to get the LNG fuel working – we needed to get the infrastructure in place to support it, and set up bunkering facilities in Rotterdam, Fos and Singapore. Now we have that global footprint with LNG in place, we can begin to think about doing similar with bio-methane. And that is why Europe is the easiest place to start as the grid is already in place,” he said.

Rodolphe Saadé, chairman and CEO of the CMA CGM group, added: “We have crossed a new step with the launch of the first low-carbon shipping offer based on bio-methane.

“We know there is still a long way to go to meet the commitments of the Paris Agreement. Achieving these goals does not rely on a single solution but on a set of initiatives and new technologies complementary to each other,” he added.