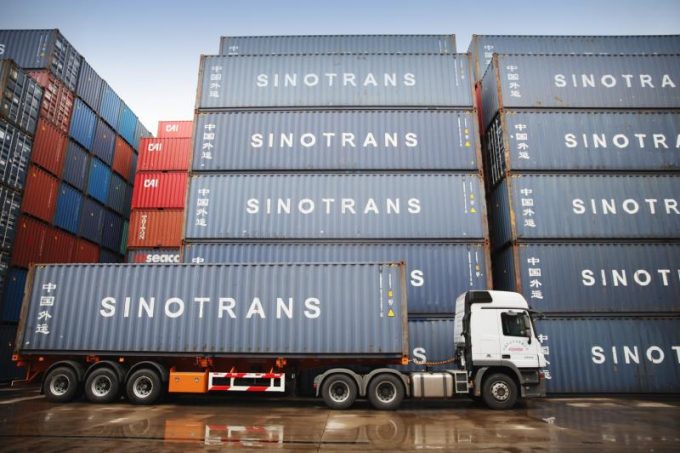 CMES, the second-largest Chinese state-controlled shipping group after China Cosco Shipping Corporation, is currently active in the crude oil tanker and dry bulk segments and in LNG shipping through a joint-venture with Cosco.

Both CMES and Sinolines are majority owned by state-owned China Merchants Group, which acquired the Sinotrans group in April 2017, as the Chinese government engineered a streamlining of state-owned enterprises.

It said the aim was to “broaden avenues for business development”.

Historically high container freight rates were a further catalyst for the acquisition. In the first eight months of this year, Sinolines’ net profit more than doubled over the same period last year, to $102.04m.

At the same time, dragged down by weak tanker rates, CMES’ net profit fell 60% year on year in the first nine months, to $250m.

“The container market is recovering strongly and the injection of container transport assets will expand our profitability and enhance shareholder returns,” CMES said.

“From the perspective of the short-term development of the industry, since the second half of 2020, with the effective control of domestic transmission of Covid-19, the resumption of manufacturing in China has gradually accelerated and containerised exports are recovering strongly.

“On the supply side, the Covid-19 pandemic has affected the stability of the global supply chain, as pandemic prevention and control measures led to a decline in the efficiency of logistics operations, due to labour shortages, port congestion, increased transport time and container shortages.

“Container freight will continue to increase significantly. At present, supply and demand in the container transport market is basically good, and it is still in an upward cycle.

“Although newbuilding orders have increased significantly, the orderbook-to-fleet ratio is still at a relatively reasonable level,” it added.

According to Alphaliner, Sinolines operates 17 owned ships and 16 chartered vessels, with a total capacity of 50,824 teu, making it the 29th-largest liner operator. It also has four vessels on order, which will add 7,000 teu of capacity to its fleet.