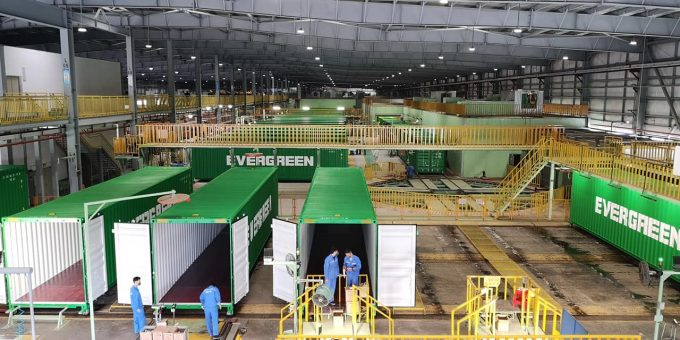 China claims it has taken significant steps to ease the impact of tight container shipping capacity by boosting the availability of empty boxes and raising production of new units.

The Ministry of Transport (MoT) has also asked the major liner operators to add more calls to Chinese ports to increase capacity on export routes.

The MOT said in May, the average proportion of empty containers in ports was down to 1.3%, while container manufacturers had raised production to 500,000 teu a month.

Since the 1990s, China has been the largest container producing country, with the three largest manufacturers, which have a combined market share of 82%.

Last week, vice-minister of transport Zhao Chongjiu (pictured below) said: “China has become an important shipping nation and is embarking steadily on a new phase towards building its transport infrastructure.

“As China’s economy recovers from the Covid-19 pandemic, so too is international container trade, but the pandemic has disrupted port operations, resulting in the build-up and slow return of empty containers.”

That disruption has disrupted vessel schedules, delaying vessels and ultimately led to a decline in overall vessel capacity, which “combined with the schedule delays caused by the Ever Given grounding in the Suez Canal in March, has seen rates across all routes firming”.

He wants major liner operators to add more calls to Chinese ports. he said: “As pandemic prevention and control improves and industrial output normalises, so too will the shipping market.”

He said the MOT was co-ordinating the shipping of goods needed for pandemic prevention and control and, simultaneously, had been co-operating with major liner operators to increase shipping capacity on China’s export routes.

Mr Zhao said that, in the first five months of 2021, transpacific capacity totalled 5.51m teu, an increase of 65% on the same period last year, and capacity on Asia-Europe routes had increased by 38%, year on year.

Just-in-time shipping and high-bay container storage could be the answer to the global port congestion ...