News / Charter market for larger boxships is 'virtually sold out’ 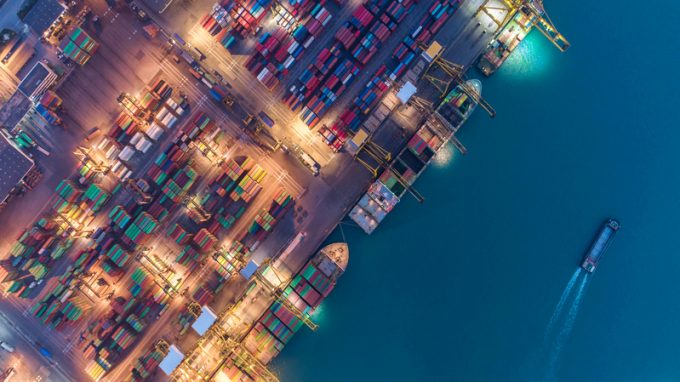 A key indicator of the health of the container shipping industry, Alphaliner’s fortnightly idle tonnage report, has recorded a further sharp drop in inactive capacity.

As of 3 August, another 49 ships, with a total capacity of 350,000 teu, had found employment during the two-week period, taking the idle fleet to 264 vessels for 1.2m teu, representing 5.1% of the global fleet.

Alphaliner’s idle tonnage survey recorded an all-time high at the end of May, of 551 laid-up ships for a total of 2.72m teu and representing 11.6% of the global fleet.

According to one London-based broker The Loadstar spoke to this week, ships of over 5,000 teu are becoming “almost impossible to get hold of”.

“I have several liner clients looking for handy VLCS of 8,000-11,000 teu and willing to pay top dollar, but there is just nothing coming up for redelivery in the next three to four weeks,” he said.

Alphaliner reports that the charter market “remains lively”, but with no new fixtures reported in the VLCS segment in the past two weeks, due to a “dearth of tonnage”.

However, it added that there were three ships in the segment due for redelivery in the next four weeks.

Competition for charters of these ships is likely to be fierce among the carriers, with owners having to decide on accepting short-term high daily hire rates or locking the vessels into longer-term charters with a shipping line at lower rates.

“One of our owners doesn’t want long-terms at the moment as they feel the market still has a way to go, but we have another owner that could be interested in a charter for a year or more with the right liner,” said the broker.

In the classic panamax sector of 4,000-5,300 teu ships, Alphaliner said that after the “fixing frenzy of June and early July” there had been “slightly lower activity in the past fortnight”.

However, it said that this was partly due to the limited number of open vessels available on the market.

Only five panamax ships are showing as currently open – this compares with more than 50 unemployed vessels in the sector during the peak of the coronavirus crisis.

The consultant said that the tight supply was leading to a spike in daily high rates for panamax vessels.

“Charter rates are increasingly benefitting from the tightening supply, having risen by $1,000 per day over the past two weeks,” said Alphaliner.

Maersk has just snapped up the 4,586 teu 2009-build Northern Priority on an eight-month time charter, with a two-month extension option, at a daily hire rate of $10,450, which is some $3,000 a day higher than the market in early July.

Notwithstanding the much-improved returns for owners of containerships over 2,000 teu, the market for the smallest sizes “remains in the doldrums” according to Alphaliner.

“Charter rates remain generally depressed although some modest improvements are beginning to appear,” said the consultant.