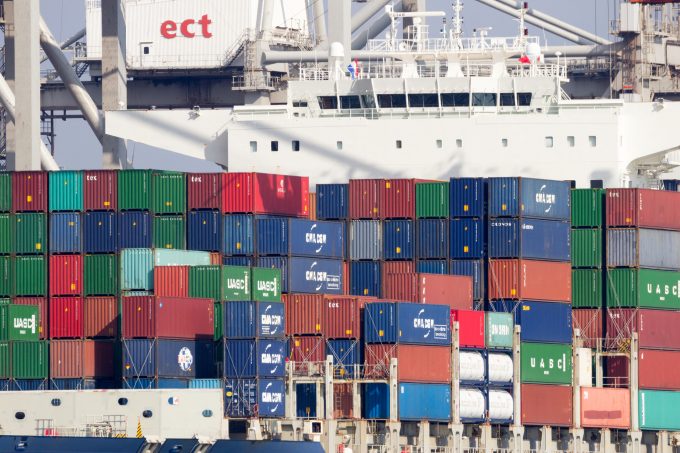 Carrier action to curtail capacity on the Asia-North Europe trade this month appears to have been a success, judging by this week’s Shanghai Containerised Freight Index (SCFI).

The SCFI’s Shanghai-North Europe component showed a marginal decline of just $4, to finish the week at $727 per teu.

This was backed by the Drewry-assisted Word Container Index (WCI), which recorded no change in spot rates on the headhaul route this week, quoting $1,427 per feu.

However, the S&P Global Platts container index presented more depressing news for carriers, suggesting: “The European market has lost some ground on spot box rates this week as the carriers manage their blank sailing schedules in the lead-up to annual contract discussions in late November.

“The North Asia to North Europe and UK routes, PCR1 and 11, both decreased $50 to $1,050 per feu this week. There have been quotes reported as low as $950 per feu, but this is not representative as some logistics companies were surprised and had not seen those quotes come across their desks yet.”

If that’s the case, carriers will find it more difficult to push through FAK increases at the end of the month – late last week, CMA CGM announced it was looking to secure $1,000 per teu from 1 November.

Meanwhile, the SCFI’s Shanghai-Mediterranean leg was unchanged this week at $751 per teu.

On the transpacific, however, it appears that the strong rate market is beginning to come an end. The SCFI recorded a 3.4% increase on the Shanghai-US west coast route, to $2,587 per feu, while Shanghai-US east coast was flat at $3,304 per feu.

However, Platts advised: “There were some industry players that thought the North America inbound rates would decline as the shippers had front-loaded their delivery programmes as a result of the US-China trade war. This seems not to have been the case and managed to achieve positive rate increases mid-month.

On all four major trade routes however, pricing levels are still way above where they were this time last year – according to the WCI rates on Asia-US west coast and Asia-US east coast are 92% and 85% higher respectively.

On Asia-North Europe, the WCI’s spot rate is 14% above the same last year, and 16% higher on Asia-Mediterranean.