News / CargoLogic Germany on the runway to an AOC, despite industry concerns 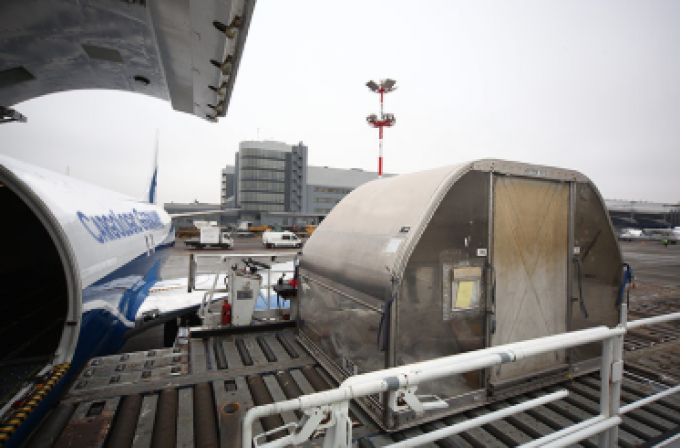 Progress may be slow but CargoLogic Germany (CLG) is inching towards its Air Operator Certificate (AOC), gaining non-commercial (NCC) operations approval in Europe.

Carriers are required to conduct these test runs to gain an AOC, with CLG first applying to the German Federal Aviation Authority for an operating licence at the tail-end of 2017.

Some observers have questioned whether the carrier, owned by the same shareholder as Volga-Dnepr Group, would ever receive an AOC, with rumours surrounding its ownership and links to Russia. Chief executive of Lufthansa Cargo Peter Gerber questioned who had ultimate control over the airline.

“I believe, for the moment, it is difficult to get an AOC because you need to be European, and it [the carrier] needs to be European-controlled,” he told Air Cargo News.

“If it is a [Russia-based] AirBridgeCargo subsidiary, then that in itself contradicts the laws – if it is controlled by ABC it can’t get an AOC.  I’m pretty sure that the German authorities will look at this very thoroughly and do the right thing.”

However, the main shareholder, Alexei Isaykin, holds a Cypriot/EU passport not a Russian one and the airline is not a subsidiary of ABC or Volga-Dnepr.

One source told The Loadstar the delays to CLG’s AOC were not of a political nature.

“The LBA is very strict and very fair. They want to ensure that they don’t make any mistakes. It’s not political. But they are looking more carefully perhaps than normal.”

This is not the first time Volga-Dnepr has attempted to set up a German all-cargo carrier, after taking a 49% stake in the ill-fated AirCargo Germany, which sources suggested was partly seen off by Lufthansa Cargo.

The group’s vp marketing and sales, Robert van de Weg, told The Loadstar last year that there had been no delay, noting there was “a lot of due diligence and checks” to be carried out.

Furthermore, CLG’s managing director, Ulrich Ogiermann, told CargoForwarder he believed the AOC was a “matter of weeks, not months” away.

“I can confirm we are well on track to launch our maiden flight in July, provided all regulatory approvals are obtained,” he said.

In anticipation of this, the carrier has reportedly recruited 15 captains and first officers to pilot its fleet of two Boeing 737-400s passenger conversions with a further three 737-400s expected in the coming months.

As air freight rates start to fall, how long can passenger-freighters stay in the air?

Air freight rates have started to fall, triggering a debate on how long the ‘new’ ...

Cargo airlines are increasingly embracing multichannel sales approaches as they attempt to cater for all ...

Cargo accounted for nearly 60% of Cathay Pacific’s revenues last year, up from 22% a ...

More than a quarter of the trucks crossing into the EU from the UK are ...

JAS Worldwide has appointed David Bang (pictured above) as its executive vice president of global ...