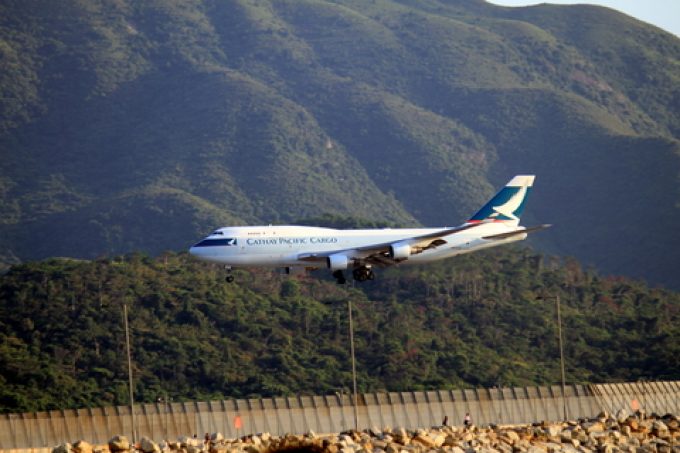 The continued lack of demand for passenger services has prompted a renewed focus on cargo at Cathay Pacific – but forwarders are still tackling high rates amid a slow market recovery.

According to Cathay chief customer and commercial officer Ronald Lam, the Hong Kong-based airline operated just 4% of normal flight capacity in June, up slightly on April and May, but with services still heavily constrained by border restrictions and quarantine measures.

Mr Lam has said he expects Cathay to operate 10% of overall capacity this month, 7% in July, with the airline issuing a profit warning in anticipation of a “substantial loss” of about HK$9.9bn (US$1.27bn) for the first half of 2020.

The carrier announced a recapitalisation plan of HK$39bn from the government and shareholders, which Mr Lam said would allow it to maintain competitiveness.

“Cargo performance, however, remains strong,” he said in a message to customers on Friday.

“Our freighters continue to operate around the clock and we have been using our passenger aircraft to operate thousands of cargo-only flights to keep supply chains moving and deliver essential medical and consumer supplies.

The airline has also been able to dip into the charter market, for example, providing a 747 freighter for CH Robinson to transport PPE into Melbourne.

“While Cathay Pacific Cargo runs a full freighter schedule, it does sometimes have the capacity to offer its aircraft to the charter market for customers who have big-volume, outsized or very urgent shipments that need to go somewhere fast, and possibly off the network,” the carrier explained.

The airline is also putting greater focus on cargo from a management perspective.

“Cargo continues to be a vital part of our business; ever more so in this operating environment,” noted Mr Lam. “We are therefore re-establishing a dedicated Director Cargo position on our senior leadership team as we aim to become the most customer-centric air cargo services provider in the world.”

Meanwhile, airfreight forwarders are expecting a slow and gradual recovery for the remainder of the year.

“The worst pressure on space is over, due to the natural decline in PPE volumes, however in selected corridors space remains scarce,” according to Scan Global Logistics.

For example, Scan said the demand for PPE in the US and Latin America is still high, and therefore rates ex-Asia to North and South America remain higher than normal.

“However, a moderate decline in rate levels is apparent on the majority of other trades. With this said, freight rates remain significantly higher than 2019.”

The forwarder said demand was expected to be moderate in the third quarter, going into Q4, with an uptick when new product launches from tech giants such as Apple resume and “take up a lion’s share” of capacity.