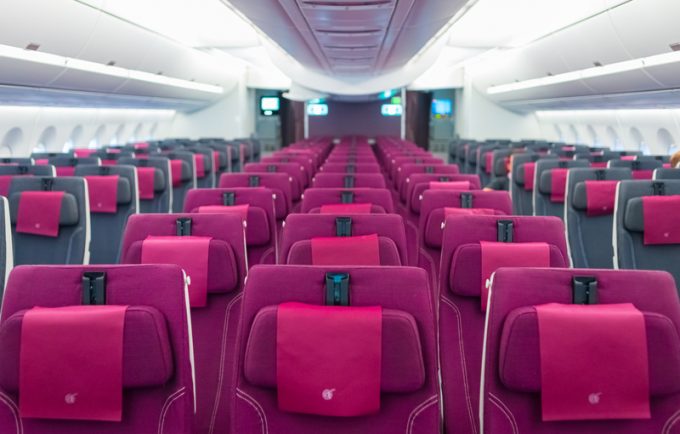 The world really has changed. Take this press release, issued this morning, which a few months ago would have been unthinkable.

“Driven by demand for air cargo,  Delta Air Lines has announced the return of passenger services …The flights will also be available for customer travel.”

The air cargo industry has come a very long way in a very short time. Typically representing about 12% of airline revenues on average, it has now come to represent almost the entirety of some carriers’ turnover.

This sort of quote – from Air Atlanta Icelandic CEO Baldvin Mar Hermannsson – is becoming typical: “Freight is our lifeline now. We have no passenger revenue.”

Of course, carriers are looking to widen their services from next month, with more passenger travel anticipated. But nowhere near the level seen pre-Covid. Carriers are expecting years of diminished passenger capacity.

This is air cargo’s opportunity to make its case, as it is now the driver, to governments, regulators and even IATA. And growing interest from financial institutions in air freight suggests airline investment decisions will be supported by the case for cargo. If cargo can be in the cabin, it can also be in the boardroom.

But let’s go back in time. Remember 2014, when freighters were seen as the pariah of the industry? EVA Air, Air France-KLM, Air China Cargo, Korean, IAG all disposed of all or part of their freighter fleet, with an estimated 25% of 747Fs parked at one stage.

Some, like IAG’s, never returned. Others, like Lufthansa Cargo, decided to invest. A quote from CEO Peter Gerber in March 2015 noted: “The conclusion is that we don’t really need [freighters] any more, but those who can operate them cost effectively will have a competitive advantage.

“IAG is saying, ‘we’re so smart we’re going to bellies’, but it was a comment aimed at investors. Never has anyone sold defeat in the market so brilliantly.”

Cathay Pacific was another carrier determined to stick in the cargo market. In September 2014, James Woodrow, director cargo, admitted: “We haven’t made money from freighters in the last three years on a fully costed basis. We are not making a return on them.”

But, he added: “There is good demand for freighters from big shippers [like] Apple, Samsung, Microsoft, Lenovo, Huawei. Innovation is driving their sales, and that is driving air freight.”

And he said Cathy’s investment in air freight also put it in a good position long-term, as others left the market.

OK, so it’s taken five years for that to truly pay off.

“You want to fly freighters – it’s a very difficult decision to park them,” said Mr Woodrow. “You keep flying, hoping against hope that the market will improve.

“But we have now seen a bit of a shake-out... And if you don’t re-invest, you won’t be in this business long-term.”

As it turns out, everyone is in the cargo business now.

But the question is, for how long. Operating passenger aircraft as freighters only makes sense at a certain price point and, with rates likely to come down from the absurd highs seen this month and last, that capacity will decline to some extent – leaving the majority of the cargo market to real freighters. Airline freighter capacity is now 28% higher than last year, according to Seabury.

This is the time for freighters, and for airlines to finally notice how critical cargo is to their bottom lines.

Let’s conclude with this quote, from August 2014, by the prescient Stan Wraight, president of consultancy SASI – who is even now working to help the air cargo industry adapt and thrive in this new era: “If properly analysed and managed, freighters could bring bottom line improvement that can also help a passenger airline keep its bellies full.

“So that begs the question: is this an opportunity for something new, something innovative to take advantage of this situation?”

P&O Ferries is set to respond to the forthcoming arrival of Irish Ferries on the ...