News / Canadian carriers are flying high with a cargo of cannabis 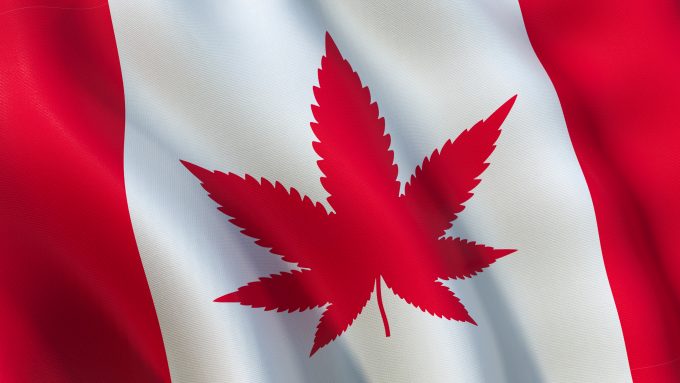 Although eagerly anticipated in some quarters, the legalisation of cannabis for leisure purposes in Canada on October 17 turned out to be a less than soaring occasion, both in terms of consumption and aircraft payloads.

However, some growers have ambitious plans in which air cargo figures prominently – some operators are poised to be flying high, in fact.

Cargojet, Canada’s largest freighter operator, has been no stranger to flying cannabis across the country, as use of the plant for medical purposes was legalised in 2001.

Performing the linehaul on domestic trunk routes for all major express parcel operators, the Hamilton-based airline ended up with cannabis on its freighters “willy-nilly”, said Jamie Porteous, executive vice-president and chief commercial officer.

In the run-up to legalising private use for leisure, Cargojet performed several charters in the summer, moving seedlings to a new production facility in British Columbia.

Since October 17, the freighter airline has moved cannabis shipments around its network, notably from Montreal, Vancouver and Edmonton, Mr Porteous said. However, he has no clear picture how much cannabis is being shipped, as only a fraction of this traffic is declared as such.

Some shippers use security firms like Brinks to transport their inspirational cargo, and those usually do not identify the nature of their shipments, he noted.

There are no special handling and security protocols for moving cannabis shipments, although Cargojet, Air Canada and WestJet all implemented staff policies in the days before October 17, according to Mr Porteous.

“We had internal discussions before this started. What do we do if a plane gets diverted to the US and it has cannabis on board? But we often don’t know that we have it,” he said.

Other carriers have reportedly been more circumspect.

“We had enquiries to carry plants to Scandinavia but we couldn’t find a carrier that was willing to take that,” reported Ron Buschman, managing director of Aerodyne Cargo Services.

“Apparently some airlines are concerned that some spill of the oil or residue could leave the smell on the aircraft, which could cause problems if they go through the US and sniffer dogs go on the plane.”

Although it is unclear how much of the newly liberated weed is on Cargojet freighters, Mr Porteous found volumes less than anticipated.

“There was a lot of noise, with projections of significant volumes, but we’ve not seen volumes anywhere close to those forecasts,” he said.

This should change if Aurora Sky has its way. The cannabis producer has set up an 800,000sq ft production facility right on Edmonton International Airport, and most of the output is expected to leave by air.

The facility, which sports a sophisticated glass roof and an armada of growing lamps, is not yet running at full throttle. It is designed to produce over 100,000 kg of cannabis in a year. And this is just for starters.

Management of parent Aurora Cannabis has talked of plans to build a 1.2 million sq ft facility capable of producing 150,000 kg a year. The company is currently running eight facilities in Canada and Europe and building two new ones in Denmark.

Alex Lowe, manger of cargo business development at Edmonton International Airport, said that the company has committed to more land at the airport.

“There are air cargo opportunities all over the place,” he said, citing reports that Aurora Cannabis signed an agreement with the largest distributor of medicinal plants in Europe earlier this year.

Its output may not make carriers soar, but it will boost their payloads.

Air freight is getting more expensive – but all flights aren’t full, signalling that demand ...