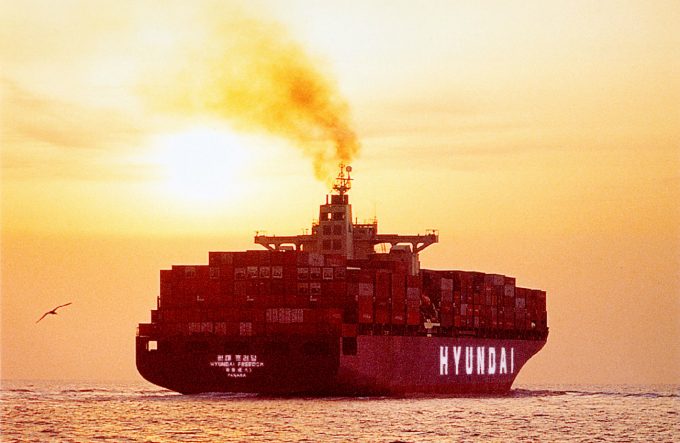 And it sought to reassure investors and customers alike that, after seeing increased volumes in its network over the past couple of years, it would have little problem filling the new capacity.

“We see 7% market share in east-west trades by 2021 as achievable for HMM. Therefore, we believe apprehension that HMM might have difficulties filling the mega containerships is unwarranted,” it said in a statement today.

It added that this confidence was further demonstrated by demand for its standalone Asia-Europe service.

“Support and trust from our valued customers is evidenced by HMM increasing its Far East-Europe service market share by over 50% through its newly introduced AEX service, which has continually recorded full booking since its first sailing in April,” it said.

The line said that over the past two years it had seen volume growth of around 50% across its global network, and vessel utilisation levels had also improved.

“HMM expects fixed costs will significantly decrease, fuel efficiency will largely improve and that bunker costs will moderately decrease through installed scrubber systems for compliance with IMO 2020 environmental regulations. The timely deployment with this combination of cost competitiveness is expected to attract customers, partners and investors,” said HMM.

“Cost competitiveness and the mega-containerships is in line with our  ‘capacity of 1 million teu’ strategy that will play an important role for HMM in obtaining economies of scale. This strategy will lead to additional cost reduction,” it added.

It also claimed that the Won 1trn ($890m) bond it secured in October would make it attractive for investors to return to the company.

“HMM’s financial ratios including the debt ratio and cash flow have significantly improved,” it said. “Further, HMM will improve its operating profits, though it is not an easy target in a short term.  HMM will explore autonomous financing in the market if needed.

“HMM expects that its credit rating will be restored and capital attraction will accelerate from the second half of 2020 due to increasing operating profits, plus investor and customer confidence,” it added.