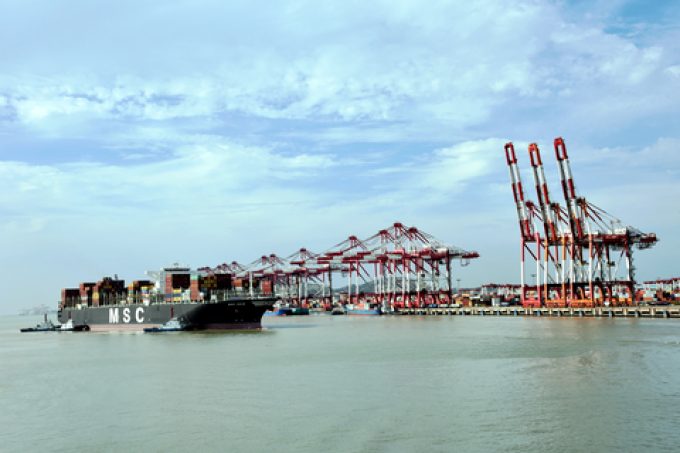 “Customers are showing increasing demand for new services to move cargo between key locations in Asia,” said the carrier.

Dubbed the largest tradelane in the world, intra-Asia accounts for some 33m teu every year, but in reality comprises hundreds of individual lanes criss-crossing Asia Pacific, the Indian Subcontinent and Australasia.

Between January and April – at the height of the Covid crisis in Asia – some trade data suggested intra-Asia volumes were suffering from ‘lockdown-syndrome’ alongside the major deepsea trades.

However, for China-Asean at least, recent figures show a 5.6% increase in bilateral trade to $299bn during the first-half of the year.

The South-east Asian trading-bloc surpassed the EU to become China’s largest trading partner for the first time, albeit perhaps temporarily as European economies get back into gear, post-lockdown.

As well as MSC, new services between China and Asean, and intra-Asean, have been launched by other major players in the region. For example, in March, Maersk’s Sealand Asia adjusted two intra-Asia strings to add new direct calls between Indonesia and China; and ONE has increased direct sailings from China, with two new services launching this month to Indonesia, Thailand, Vietnam and the Philippines.

Regional carriers have revamped services, too. This month, Thailand’s RCL began a butterfly service between Singapore, Malaysia, and Indonesia, while this Friday, Wan Hai will launch its fourth string between Taiwan, Vietnam and Thailand with partner Interasia Lines.

A traditionally competitive market, intra-Asia freight rates have held steady throughout the crisis – unlike the steep rate climbs experienced on the deepsea trades.

He added: “To cope with the peak in transpacific eastbound and Far East westbound trades, intra-Asia movement has been capped to provide priority movement for these mainline east-west trades.

“They are moving backhaul empties into the Far East to ensure empty boxes are quickly released for export. However, we expect these carriers to push harder for intra-Asia trades sometime near the end of the third quarter, although we can still secure rates until the end of September, both as FAK and for named accounts.”

“MSC has joined the bandwagon by offering instant quotes. Even though this is not rolled out to intra-Asia trade yet, we expect this to happen as it begins the network upgrade.”