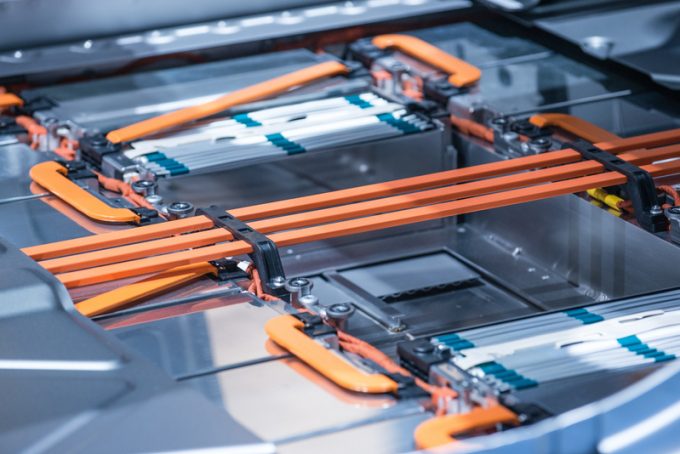 According to social media posts, smoke and flames were visible from the southern UK shores as the blaze, which started in the warehouse in Grand Couronne, Normandy, containing 8,000 automotive lithium-ion batteries, spread to a Districash Group facility storing some 70,000 tyres.

The origin of the Bolloré warehouse fire is still unclear.

Mike Yarwood, MD of Loss Prevention at TT Club, said: “One of the things we’ve raised in the past is the need for a bit of due diligence where there are adjoining warehouses… not just in the case of fire, but also contamination – find out what your neighbours are doing and storing.”

The challenge for extinguishing vehicle battery fires is that each automotive battery is composed of thousands of small cells, which means the fire can appear to reignite after a while, when a neighbouring cell catches alight.

And Mr Yarwood added: “One of the things we drew attention to in our research was the fact of toxic gases being emitted… it’s not necessarily just smoke.”

However, firefighters at the Bolloré warehouse scanned the smoke for toxic gases, apparently finding none.

The number of recent incidents involving battery fires in a transport context is a matter of increasing concern, particularly as battery-electric trucks begin to appear on the roads.

Mr Yarwood stopped short of suggesting the batteries were unsafe, however. He said: “I don’t think there is a clear answer at this stage – we’ve avoided suggesting that batteries are inherently unsafe – they are in half a dozen devices around this room, including the one I’m talking to you on, and the number of incidents is relatively few compared with the number of [batteries] that exist.”

Bolloré Logistics has appointed Nicolas Saignat as VP airfreight, Americas to oversee the development of ...

Bolloré signs up, but 'more shippers must join us' in sailing ship initiative

Bolloré Logistics has announced it is joining an ambitious French initiative to carry cargo on ...