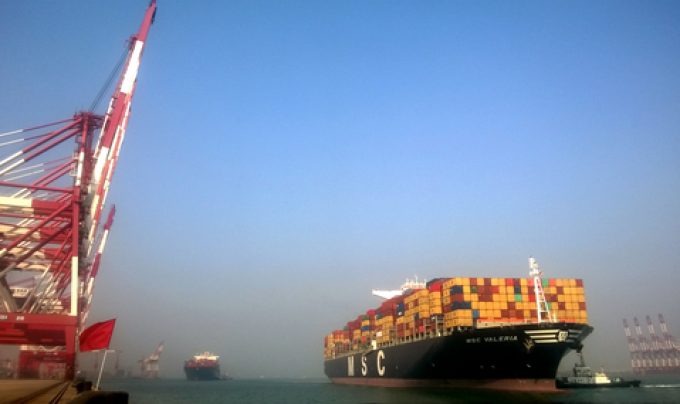 China is back at work after its Golden Week holiday, but carrier-blanked sailings have been “ineffective” at stopping the rapid decline in freight rates.

According to Linerlytica, the national holiday provided little respite for sliding freight and charter rates, with the SCFI and CCFI indices “set to resume their weekly declines” this week.

The analyst said: “Carriers are still unwilling to take out capacity in any serious way, while easing port congestion has negated much of the initial capacity reductions. Global port congestion has dropped to 10.5%, the lowest level in 10 months, from a peak of 15% in March.”

Linerlytica analyst HJ Tan told The Loadstar: “Blanked sailings so far have been completely ineffective in stopping the rate slide. What is needed is permanent capacity withdrawals.”

For example, he said, based on Linerlytica calculations, capacity cuts planned so far on the US west coast account for less than 7% of total trade capacity, and on US east coast lanes the cuts are less than 2%, as the services withdrawn were “already running at less than full strength anyway, and part of the capacity withdrawn will be returned to fill gaps in the remaining services”.

Mr Tan added: “The smaller carriers are retaining transpacific services through October, including CU Lines, Transfar, BAL, and Sea-Lead. Meanwhile, Wan Hai will soon place its 13,200 teu ships on the US west coast lane by the end of October, effectively negating any impact of the withdrawal of two irregular transpacific services.

“The opportunity cost of withdrawing capacity is too high for the carriers today, unlike the situation in 2016 or 2020 when charter rates were low and there was little orderbook pressure.”

Indeed, Linerlytica said, the rapidly deteriorating supply-demand outlook has not stopped carriers from pushing ahead with capacity expansion plans, with Maersk and MSC both confirming further orders for new tonnage last week, “propelling the containership orderbook to a new record high of 7.44m teu.”