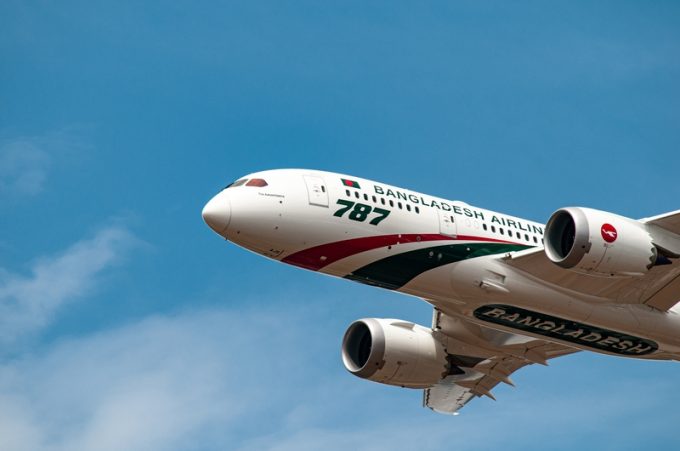 The Covid-19 pandemic has forced Biman Bangladesh Airlines to suspend its move to acquire cargo planes in its fleet, despite the current potential for operating freighter services.

“There is no way to buy freighters now. Because the company itself is in ICU,” chief executive officer of Biman Bangladesh Airlines Mokabbir Hossain told The Loadstar.

He said after the coronavirus spread worldwide early this year, the freighter purchase move did not see any progress: “The situation is not favourable.”

Mr Hossain said during the pandemic, Biman had been operating cargo flights to different destinations.

“In the Covid-19 period we started operating two scheduled cargo flights each week to Hong Kong. The cargo flights prospect is huge for Biman,” he said.

Biman reportedly has nearly 10% market share in the $500m air cargo market in the country, while the rest is occupied by foreign airlines.

Managing director of Envoy Group Abdus Salam Murshedy, whose company is the GSA for IAG Cargo and Malaysian Airlines in Bangladesh, said that, during the first few months of virus spread, the air cargo business was dull, but was now starting to recover.

“The e-commerce business in Bangladesh is gaining pace, and air cargo demand may go up significantly in the days to come,” he said.

The new platform mainly targets SMEs which suffered due to the coronavirus pandemic and have limited access to international buyers.

Businesses say the small-scale producers, if they get international buyers, will mainly ship their goods by air, which will help support the ailing aviation industry.

They said that since the virus has restricted the movement of people, buying or selling goods on ecommerce sites had increased. They also said air shipment of apparel goods could also increase in the coming months, as Bangladesh’s export earnings begin to make a recovery.

Data from the Export Promotion Bureau shows Bangladesh exported goods worth $3.9bn in July, up by 44.4% compared with May, and up 0.6% from a year earlier.