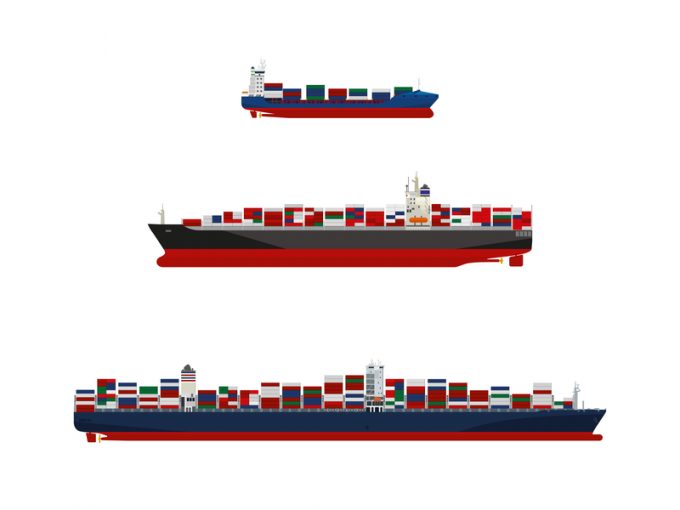 It seems the ultra-large container vessels (ULCVs) that have become the ‘new normal’ on the Asia-Europe tradelane have not proved as popular as the lines that operate them hoped.

Several shippers The Loadstar spoke to at Transport Logistic in Munich last week could not hide their aversion to the ocean behemoths – and it appears the insurance industry also has concerns.

In its 2019 Safety and Shipping review, Allianz says ULCVs “are of particular concern” for the insurance industry, given that bigger vessels mean bigger risks, with a potential for a loss as big as $4bn.

“Insurers have been warning for years that the increasing size of vessels is leading to a higher accumulation of risk,” it said. “These fears are now being realised, potentially offsetting improvements in safety and risk management.”

“Larger vessels mean far greater accumulations of risks, and therefore larger values and exposures, both on board vessels and in ports,” said the insurer.

Noting that containerships have almost doubled in capacity in the past decade, “which brings issues as well as benefits”, the review says fires and explosions on board continue to generate large losses, with 174 reported incidents last year – and a new incident occurring every 60 days, on average.

“Such incidents can easily result in large claims in the hundreds of millions of dollars, if not more,” says the review. “A worse-case loss scenario involving the collision and grounding of two large container vessels could result in a $4bn loss, when the costs of salvage, wreck removal and environmental claims are included.”

It adds that misdeclared cargo, including incorrect labelling and packaging of goods, “is believed to be the root cause of a number of fires and is a problem exacerbated by larger vessels, which can make issues more difficult to detect, locate and combat”.

And it notes that onboard firefighting capability “continues to challenge larger vessels”, with the need for “considerable outside assistance to control a blaze” and that “significant damage to the vessel is likely to occur” due to the time required to get fire-fighting vessels to the scene.

But it is not only losses resulting from damage to the vessels that insurers are concerned about: the loss of some 300 containers in the North Sea in heavy weather from the 19,224 teu MSC Zoe in January resulted in substantial claims, and the report reminds readers that “inadequate stowing and lashing” of containers “poses a serious risk in bad weather”.

The biggest container vessel casualty to date was the 15,262 teu Maersk Honam, which caught fire on 6 March last year in the Arabian Sea, claiming the lives of five crew members.

Indeed, even for the small-by-comparison, 8,110 teu MOL Comfort, which broke its back and sank off the coast of Yemen in 2008, resulting in a total loss of the ship and its 4,380 Europe-bound containers, the insured cargo loss alone was reported at some $300m.

Marine insurers typically calculate their average exposure at $50,000-$100,000 per box, but due to the higher value of the MOL Comfort’s electronics and consumer goods cargo, the loss was considerably higher.

Moreover, there have been instances recorded by marine insurers where the value of a single packed container has exceeded $1m.

“It is very clear that in some shipping segments, loss prevention measures have not kept pace with the upscaling of vessels,” said Chris Turberville, head of marine hull & liabilities in the UK for Allianz.

“This is something that needs to be addressed from the design stage onwards.”