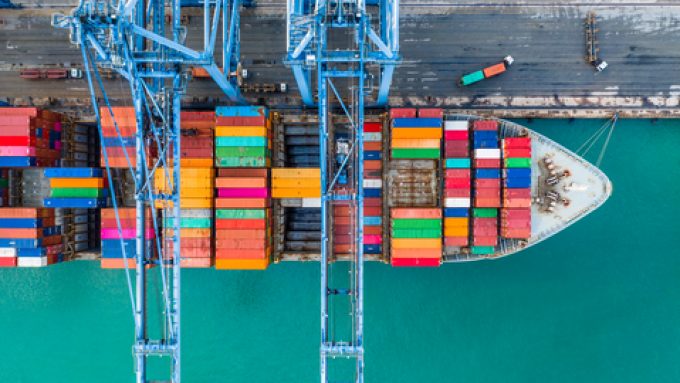 Container spot freight rates took another pummelling this week with a raft of double-digit week-on-week declines seen on some of the major trades.

According to the Freightos Baltic Index (FBX), the transpacific eastbound Asia-US west coast trade dropped 10% to $4,314 per 40ft today, some 80% lower than the same point last year, although FBX lead analyst Judah Levine noted that the shift of US import volumes from west to east coast ports was propping up the spot rates for boxes moving via the Panama Canal.

“Asia-US west coast rates have fallen by nearly 75% since the start of the year and are at their lowest level since May of 2020. The significant shift of volumes – and congestion – to the east coast has kept Asia-US east coast prices from falling as dramatically, with rates “only” half their level at the start of the year and [at the same level] with prices in May 2021,” he said.

In fact, in today’s FBX reading, Asia-US east coast spot rates are actually up 4% week-on-week to $8,704 per 40ft – although there is some divergence between the indices, with Drewry’s World Container Index (WCI) showing a 5% weekly decline on its Shanghai-New York leg to $8,477 per 40ft.

The weaker market has also led to a normalisation of spot rates between different Asian locations – during the pandemic there emerged a sharp divergence between China-US rates and southeast Asia-US rates, with the latter commanding significantly higher pricing, which has now almost entirely disappeared, according to Xeneta data.

Since the end of March, south-east Asia-US west coast spot rates have fallen by 62%, while China-US west coast rates have declined 49%, leaving spot prices “that were at one point separated by a spread of $3,800 per feu, now on a par, with both trades currently in the region of $4,300 per feu”.

“Spot prices from Asia have, to be blunt, been falling considerably since May this year, with increasing rates of decline over the last few weeks,” said Xeneta chief analyst Peter Sand.

“We’re now at a point where the rates are down to their lowest level since April 2021.

“It’s not surprising to see the prices aligning across the corridors, as this was the case in early 2021, when there was little more than a $100 per FEU difference. What is startling is that a southeast Asia container premium that stood at almost $4,000 in mid-September 2021 is, just one year later, back to zero. In fact, spot rates from China are slightly more expensive right now.”

“We have to remember though, those rates are dropping from historical highs, so it certainly won’t be panic stations for the carriers just yet,” he added.

However, most analysis is now pointing to weaker demand levels – last week the US National Retail Federation forecast that from July until the year end, every month is expected to show-year-on-year US import declines of 2%-5%.

A similar sentiment appears to underpin the Asia-European trades, which this week performed even worse – Asia-North Europe saw a 14% decline to $7,854 per 40ft; and Asia-Mediterranean was down 10% to $8,48 per feu, according to the FBX.

To hear more about the peak season, listen to the latest Deep Dive Podcast:

“Most carriers can be profitable with a utilisation of 50-60% at today’s rates, but if they continue to fall there will be questions about capacity management, because we cannot rule out rates returning to below pre-pandemic levels, especially with 7m teu of ship orders on their way and congestion easing.

“Ultimately, this will require significant idling of ships if carriers are to avoid a big rate decline in 2023 and 2024 – I’m afraid our forecasts are looking pretty weak,” he said.

Head of ocean freight at DHL Global Forwarding, Markus Panhauser, said he expected carriers to swiftly curtail capacity, and noting a 40% increase in the number of blank sailings announced for October, added that this could prove problematic for European exporters.

“With all the service blankings, I fear we will be facing another empty container shortage crisis, and it will require some creativity to get the boxes to where they are needed.”