News / Amazon eyes more investment in Europe, but is warned against launching its own air cargo arm 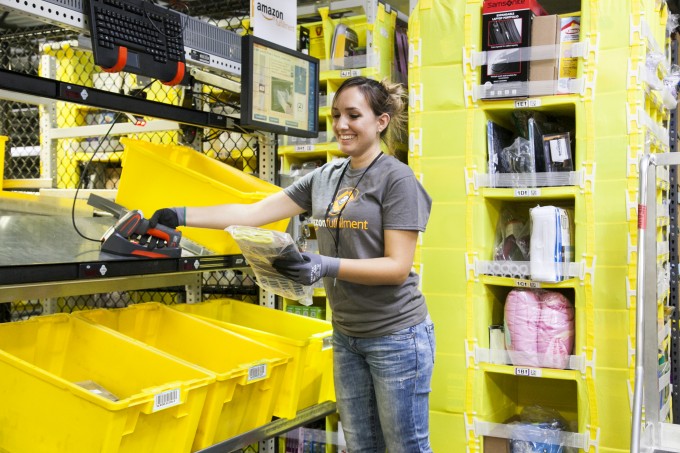 Amazon will push ahead with more investment in its ‘European Fulfilment Network’, creating several thousand new jobs this year, it said this morning.

The internet retailer has invested more than €15bn since 2010 on infrastructure and operations in Europe, but said there was “stronger demand than ever”.

The news came after it was revealed that the company has been testing a new logistics network in Europe. Cargo Facts reported recently that Amazon had been working with DB Schenker to connect cities in Poland, Germany and the UK by air.

ASL, the main contender to take over TNT’s air operations, has been flying a 737-300F six times a week to airports near Amazon fulfilment centres in Wroclaw, Kassel and Doncaster, reported the website.

Amazon has famously been trying out its own air cargo operations in the US, and lessors are said to be jostling for position after it was reported that Amazon was looking for up to 20 767Fs to set up its own US air network.

However, in a recent Barclays research note, analysts questioned the wisdom of such a move, citing high capital cost and seasonality.

Brandon Oglenski and Paul Vogel, of Barclays Equity Research, wrote: “Air transportation, especially of goods, is an expensive proposition. FedEx Express remains the market leader in terms of domestic US air shipments, but financial returns have remained stagnant, (beyond recent fuel and pension cost reductions) for over a decade.

“We know aircraft and airlines drive disproportionate attention from the media, flying is still sexy. However, for Amazon, we view the potential launch of an air operation at the old DHL hub in Wilmington, Ohio as a likely experiment, or ultimately small network designed to meet very specific high-value product inventory requirements for the company.

“Further, with only limited financial returns and plenty of existing air capacity during non-peak periods in the incumbent package networks, we question the need for Amazon to devote the significant capital required to operate a standalone time-definite air network.”

Amazon is certainly working on greater control of its deliveries, and by “zone skipping”, could cut shipping costs according to Barclays.

“By reducing the need for FedEx and UPS to sort and move individual shipments in a high-cost linehaul network, we think Amazon can lower package distribution costs by $2 to $3, relative to current ground package prices.

“We genuinely believe the intention of Amazon is not necessarily to replace FedEx or UPS, but rather drive faster and lower-cost package delivery to consumers, albeit potentially with other carriers.”

It may not be trying to replace UPS, but according to a Wall St Journal article on deteriorating relations between Amazon and its delivery provider, the e-tailer has poached some 40 UPS managers in the last three years.

Amazon is also investing in Prime Air drone delivery, which could begin in Europe rather than the US, depending on regulatory issues.

In an interview this week, vice-president Paul Misener said packages would be delivered within 30 minutes of being ordered, and that the company was developing various types of drones. If they were ready before the regulatory environment in the US, Amazon would start its Prime Air service elsewhere.

The UK’s pallet network is collapsing under the weight of “undue pressure” hoisted upon it ...

UPS’s first-quarter results have rather been overshadowed by today’s DSV’s news, but the parcel expert ...