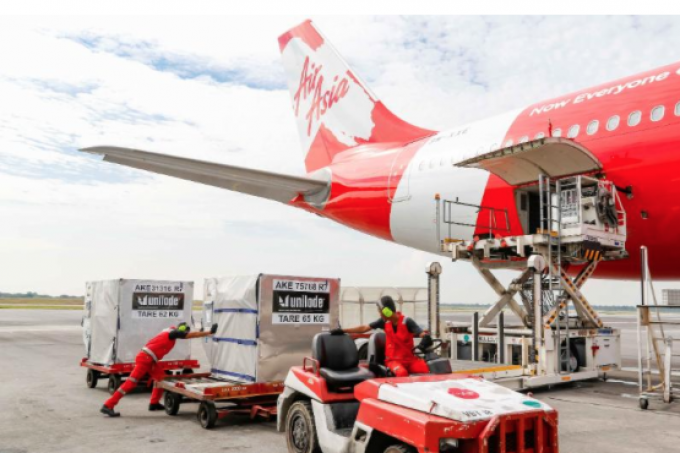 Malaysia’s AirAsia is rumoured to be eyeing the acquisition of compatriot all-cargo airline Raya Airways.

According to The Edge Markets, the low-cost carrier wants to take advantage of South-east Asia’s booming air cargo market with fast-growing Raya.

Raya has denied the rumours, however, and its owners are said to be considering an IPO for the airline, which has a fleet of three B767 freighters and one 737 on 70 flights a week between Malaysia and Indonesia, Singapore, Vietnam and Hong Kong.

The move would mark another strong pivot to cargo for AirAsia since the Covid-crisis began. For example, last year AirAsia’s logistics unit, Teleport, bought its first 737 freighter, which was deployed on south-east Asian routes from the company’s Bangkok hub.

Teleport CEO Pete Chareonwongsak said AirAsia’s rumoured interest in Raya was a sign of the carrier’s “growing investment and relevance in logistics”.

Teleport has also just wrapped up an undisclosed investment round in Kargo Technologies, Indonesia’s largest digital trucking start-up, noting it wants to extend its mid-mile capabilities. The company said it planned to “shift from a pure airfreight logistics provider to a complete multimodal operator.”

Furthermore, Teleport is not the only AirAsia subsidiary making moves into cargo. Late last month, AirAsia X, its long-haul affiliate, announced it had struck a partnership with Geodis to operate flights from Kuala Lumpur to Hong Kong, Chennai, Sydney and Shanghai.

Geodis explained the boost to its Asia Pacific network was necessary due to the continued lack of bellyhold capacity across the region, but the move continues the trend of forwarders investing in charter flights and owned capacity.

Flexport recently announced a partnership with cargo carrier JetOneX, which operates a fleet of B747-400 cargo aircraft, for flights from Hong Kong and Vietnam to Maastricht. Airfreight EVP Neel Jones Shah said the new flights would help customers receive cargo at an “uncongested airport”, and added: “Disruption in the airfreight market caused by global uncertainty and rapidly changing Covid regulations continue to result in cancellations and volatile pricing for our customers.”

Seabury said this equated to around 60,000 tonnes of airfreight exports a month, volumes driven by fashion and hi-tech shipments.