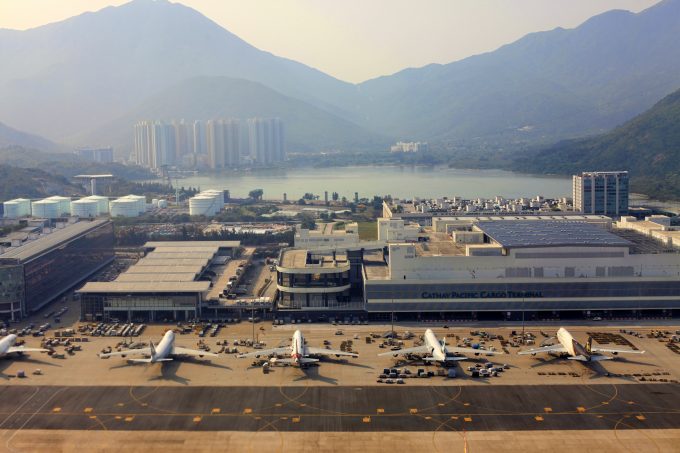 The air freight market is heating up fast as the peak season gets into its stride.

Forwarders are reporting limited capacity on Asia-US, with rates from Hong Kong into New York now hitting HK$36 per kg (US$4.58) on major carriers such as Cathay, Cargolux and Asiana. Los Angeles rates are marginally lower, hovering at between HK$30 and HK$35++.

“The air freight market is very busy in China and Asia,” said one Asia-based forwarder. “The rate is increasing every week. But space is still extremely tight, even with high rates.”

He said capacity ex-Hong Kong was particularly in demand, and bulky, loose or dense cargoes were struggling to find space – “It’s very busy.”

Forwarders have a three-day wait to fly cargo out of key hubs in Asia, he added.

Emirates is thought to be full already for the rest of the week, ex-Hong Kong.

Shanghai is also seeing strong demand, and there has been a rise in charter flights to the US, with charter rates increasing apace, and some destinations now not available.

Crucially, November 11, singles day, is coming up and forwarders are predicting higher demand from then through to the end of November.

One EU air freight forwarder said: “The market is going north quickly on air freight inbound flows from Asia. It’s the usual seasonal trend, but the market is tightening up.”

But, he added, he didn’t see the peak being as strong as last year.

“Last year was pretty special. But I reckon there will be some mega peaks and spikes in November,” he said.

“The transpacific market got really busy a week or so back and it is usually two weeks ahead of Europe. European carriers will go for the high dollar rates into the US – and then Europe rates will increase to win back the space. It’s market dynamics.”

Europe too is already seeing movement, but rates are said to be more unsettled, although rising, with some key tradelanes out of Shanghai already busy, with a four-day wait on ad hoc cargo.

Fuel prices are also on the rise, with many carriers raising surcharges, and all carriers out of Hong Kong will raise surcharges from Thursday.

The real question will be if airlines manage to profit significantly – and keep rates high by restricting capacity and selling as much ad hoc space as possible during the peak.

“As airlines went into blocked space agreement discussions this year, their view was that there was too much capacity contracted in 2017, and they didn’t get the results they wanted,” said Neel Jones Shah, head of air freight for Flexport. “So they kept it back this year.”

Another forwarder added: “There are a lot more capacity protection agreements this year that have been signed with the carriers. My gut feeling out of China is that it’s 50%  blocked space agreements and 50% the floating market – we are starting to get two market mechanisms, like you have in shipping.”

The other question is how e-commerce will affect the peak – and for how long.

Speaking at a CIFFA event two weeks ago, Jamie Porteous, chief commercial officer for Canada’s CargoJet, noted: “The peak is explosive, it takes off after Thursday and lasts to the end of January.

Another UK forwarder added: “The cycle on e-commerce stops much later, people are ordering right up to Christmas. And there is a really early Chinese new year this year, so there will probably be a lot of air freight in January as the Chinese factories won’t have that long.”