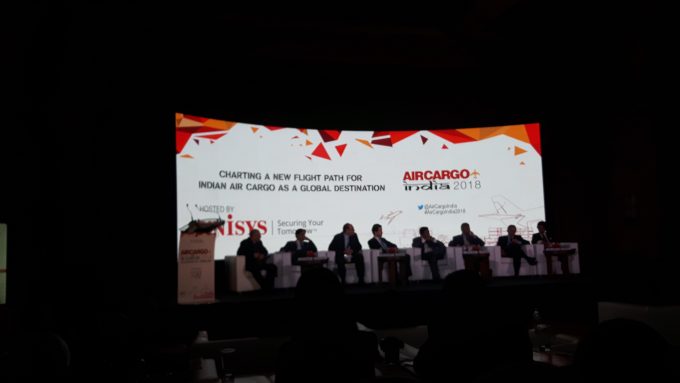 The fourth quarter of last year was “complete mayem”, as an unprepared air cargo industry failed its customers.

Claiming the industry had failed, he told delegates at Air Cargo India in Mumbai this morning: “The fourth quarter was complete mayhem. Availability was extremely limited. We’ve got people like Airbus and Boeing, IATA, legacy carriers, but we failed.

“We were caught with our pants down. Airlines were not prepared for the major upturn. There were no extra crews, aircraft were in maintenance, there were less freighters operating – as an industry we weren’t prepared.

“It wasn’t just freighters but bellies too. Why? We all knew it was coming. There had to be room for ecommerce too.”

He added it was not just the airlines that misread demand. “Some airports weren’t prepared. There were many instances of aircraft being delayed, or half loaded – there were not enough resources to handle the cargo. Some airports couldn’t take extra freighters, and some handlers couldn’t handle the demand.

“Low cost carriers were prioritised, and while there was a move to secondary airports to get the planes in and out, the airports weren’t prepared. The handlers didn’t have enough staff.”

While most in the air cargo industry have expressed relief at the demand, and joy at high rates after a long time in the doldrums, Mr Batliwala pointed out that it had not been good for the customer.

“The industry was ill-prepared. How did that happen? And yet the shippers had to pay more.”

The problems, mostly in Europe, were compounded by bad weather and industrial action, he added.

“I think we did very badly. There was no Plan B. Everything came to a stop.”

He urged India, possibly on the verge of significant growth in air cargo and hoping for 20% growth rates, to learn from the mistakes of its western counterparts.

“India – are you prepared for these swings? Can you learn from these mistakes? Do you have the infrastructure? Volatility in this industry is proven.”

Glyn Hughes, cargo chief for IATA, agreed that “growth does come with challenges”.

Hemanth DP, COO of Aerocommercial cargo for GMR Airport, responded: “We are taking steps to get there. We are adding terminals, perishable facilities and unlike Europe we do not discourage freighters from flying to primary cities.” Although, he acknowledged, “some airports to need to catch up”.

Keku Gazder, CEO of AAI Cargo Logistics, said investment was at the top of the list for Indian airports, while Dheeraj Kohli, vice president of Unisys, said that no one could be ready until there was a backbone of data to support the industry.