News / Air cargo loves a strike, elsewhere, but will US rail shutdown happen? 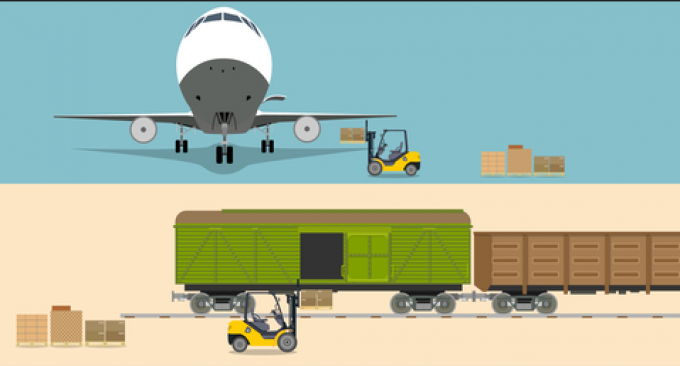 Air cargo loves a strike – as long as it happens in a different mode.

Remember the US west coast port slowdown of 2014-2015? Airfreight happily picked up the pieces, getting a great boost in an otherwise lacklustre market.

This time, however, senior air executives don’t believe the threatened US rail strike will happen.

As The Loadstar explains today, the negotiations between railroads and some unions have foundered over sick leave – but the Presidential Emergency Board failed to address the issue in the compromise it attempted to broker. A strike could start as early as December 4.

“I don’t think the rail strike will happen,” said Neel Jones Shah, EVP and head of airfreight for Flexport. “No one wants headlines on that – the administration is very motivated to make sure it doesn’t happen.

“There wouldn’t be a rush of air charters, there would be a massive shortage, and that would be a problem.”

Tim Strauss, CEO of Amerijet, believed a strike would be welcomed by air cargo players, but also did not believe it would happen.

“A strike would mess up the [US] economy,” he said. “But it would be great for domestic air cargo.”

But in fact, it could be hard to find the capacity. The US domestic market has not been particularly successful for cargo carriers, (e-commerce notwithstanding) and they focus their operations elsewhere.

“The US domestic market has seen e-commerce growth, but not heavy cargo,” said Mr Strauss. “The size of goods, and a hub and spoke network doesn’t work. It has been done a number of times, and not always successfully. Customers would have a single directional flow, but would have to fill the plane on the way back – that would relieve some of the risk.”

He explained that GPS on trucks also changed the US market.

“It helped the trucking companies improve, and they now have very fast time frames. The larger legacy trucking companies all disappeared and modernised carriers took the traffic and created long-haul networks. That changed the market dynamics.”

The trucking market is perhaps in a better place to pick up any strike-related extra work. Spot rates have softened.

“Supply has been growing gradually since the end of last year,” Mazen Danaf, senior economist at Uber Freight, told Transport Topics. “Now it’s above where it was prior to the pandemic.”

Cargo airlines can’t afford to focus much on the US domestic market, added Mr Strauss. He explained that domestic general cargo tended to be one-directional.

“You can’t run an airline like that. For e-commerce, yes, but not general cargo.”

Amerijet does have one domestic customer, but has to sell the backhaul for the route, Mr Strauss said, adding: “The other problem is that forwarders can’t support it. Big forwarders don’t play the domestic game; look at DHL, it could only do international to international.”

Amerijet, which does offer a hub and spoke network from Miami to Latin America and the Caribbean, is looking at new destinations in the US, however.

“The next natural flow for us is the Midwest, Columbus or Dayton.”

He said Amerijet, which has about 45% of its operations on scheduled routes, had recently seen more requests for 757s than for its 767s, “partly because of the downturn”.

The downturn would mean any rail strikes – or west coast port shutdown – would be a help.

“The last few years has been a magic period for [cargo] airlines. It is not like 2008/9, but there will be some uncomfortable days,” he said.