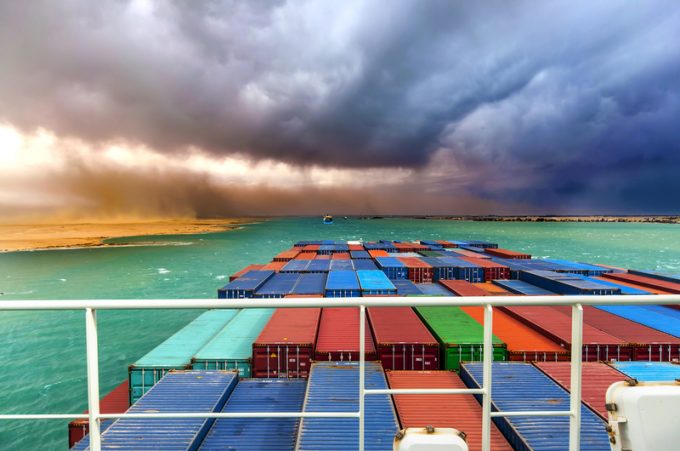 There are some days in this job where the disconnect between two articles becomes unbridgeable.

Today, we ran an article on the ILWU/ PMA labour negotiations.

“The PMA has pointed out that dockworkers’ wages on the west coast are approaching $195,000 a year, and the union countered with pointing to a collective profit of $150bn for the ocean shipping industry in 2021.

“One observer pointed out that the 10-day work stoppage, after the 2002 contract negotiations failed to produce an agreement, cost the US economy billions of dollars.”

We also ran an article to promote Loadstar Podcast host Mike King’s 200-mile hike in aid of seafarers. He has, thus far, raised just 16% of his planned total of $15,000. He has already walked more than 100 miles, up and down mountains, mostly in pouring rain (although that’s his fault for deciding to do it in Britain of course), in order to boost the coffers of a seafarers’ charity which offers a 24-hour multilingual helpline.

Let me emphasise that: dockworkers earn $195,000 a year; shipping lines profited by $150bn last year (and are forecast to possibly double it this year); the US economy benefits from billions of dollars by ships moving… and the people who make all this happen need welfare support – and a helpline.

Obviously, it’s not down to the dockers, or the US government, to support seafarers employed by unbelievably rich shipping lines, but the numbers do add clarity to the debate on how important these jobs are.

What is not so obvious, is why seafarers, working for shipping lines or agencies, would need a helpline. Why are their employers not offering this as part of the job? Why are employers failing to support their families, at the very least through communication? Why on earth do the employees of wealthy private sector companies need to rely on charity?

Because things like gym membership, access to physical and mental healthcare are normal parts of a corporate employee’s remuneration package – it’s what HR departments were invented for. When were you, for example, last deserted by your company on a business trip gone wrong?

The international aspect of seafarers’ work, along with regulations, and of course Covid, means that some and/or many seafarers can fall through the cracks. Commercial disputes, unreputable shipping companies, or loose national regulations can mean that seafarers not employed by the big lines can easily come undone.

Sea freight is not my specialist subject. But a quick Google search on seafarer welfare does not – as it should – come back with a list of initiatives by Maersk, MSC, Hapag-Lloyd, CMA CGM et al. In fact, their names are highly conspicuous by their absence.

Surely, given the impact on the world of their huge profits, which have been found to have stoked inflation, these behemoths should be ensuring the safety and welfare of their own industry’s workforce. And preferably together, using the immense power they have in the world.

It should not be down to one man and a mountain, in a whole load of rain.