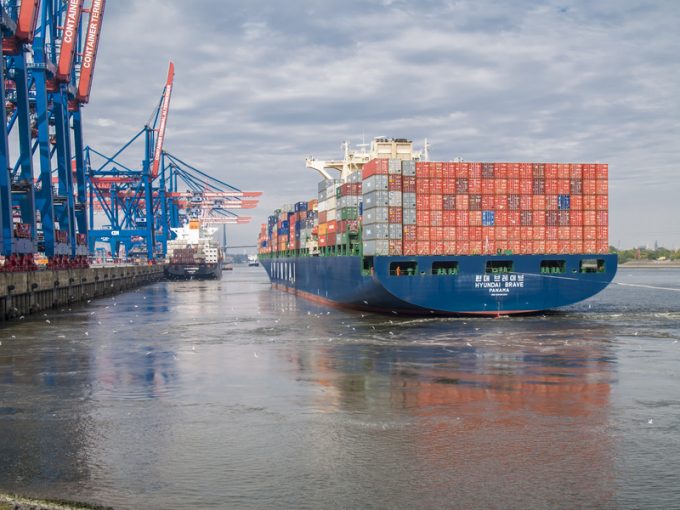 At 8pm Seoul time, seafarers working for HMM began a picket protest from two of the Korean flagship carrier’s ships in Busan port, even as their union leaders continued negotiations with management.

And yesterday, HMM’s management received another manpower blow when 98% of its 755 unionised office staff voted to strike.

The union has received resignation letters from 317 of the seafarers, all expressing an inclination to join Swiss-Italian operator MSC, which is offering 2.5 times what HMM is paying.

The seafarers’ union held back on the strike and resignations after HMM’s management pushed to resume discussions, which began at 2pm Seoul time today.

Both the company’s seafaring and office staff want salaries raised by 25% and are reportedly unhappy about a pay rise of just 2% in 2020 after wages were frozen between 2011 and 2019, due to HMM’s poor performance in those years.

The unionised seafarers have rejected an offer of an 8% rise, a bonus amounting to 300% of their wages and a 200% productivity incentive in 2022.

A HMM spokesman told The Loadstar: “What’s certain is that both sides are aiming for negotiations, not for a strike. Talks will continue.”

However, the seafarers, unable to withhold their frustrations, went ahead with the protest.

At 8pm, four-hour protests began on the Hyundai Brave and HMM Rotterdam, and will continue from 10am to 6pm Seoul time tomorrow on HMM Gdansk.

To demonstrate their solidarity, seafarers from KMTC Line, Korea Line Corporation, SK Shipping and H-Line Shipping, which are affiliated with the Association of Korea Seafarers Union, will join the protests.

Industrial action is banned on ships in operation, so the seafarers can only protest on anchored vessels.

The seafarers also claim HMM did not comply with the rest time stipulated under the Maritime Labour Convention, and plan to voice their grievances to the Ministry of Employment and Labour.

Their union said: “Seafarers are supposed to work a maximum of 313 hours a month, including overtime … but some employees work over 320 hours and do not receive any [extra] pay or rest.”

HMM has said it could lose $580m if its operations were paralysed by industrial action, which would be a first in the company’s 45-year history.