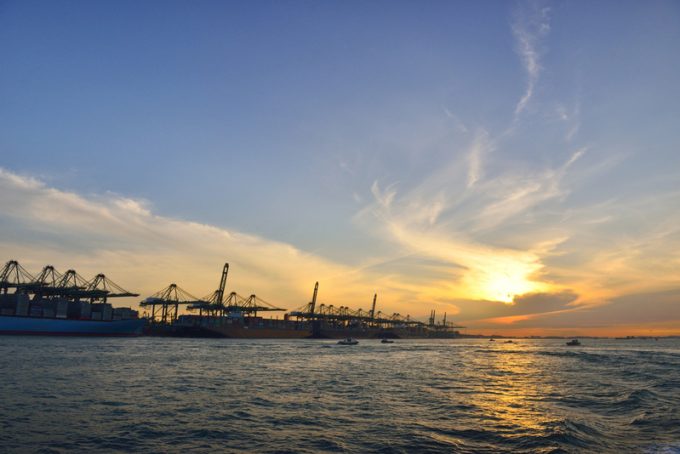 As an unparalleled year for container shipping draws to a close ocean carriers are popping champagne corks to celebrate record profits, while beleaguered shippers reel against skyrocketing freight rates and a broken supply chain.

2020’s annus horribilis for shippers threatens their very existence and has left relationships with carriers in tatters.

However, back in May, at the height of the pandemic, it was the container lines that were staring into the abyss of bankruptcy as consumer demand fell off a cliff due to Covid-19 lockdowns around the world.

Cap-in-hand pleas by ocean carriers to states and shareholders for emergency funds to see them through the crisis brought with it a first in liner shipping – judicious capacity management that focused on survival rather than market share gain.

Blanking up to a third of headhaul sailings from Asia, and forced to offer unique detention in transit products to slow down the supply chain, enabled carriers to weather the worst of the pandemic storm.

A much welcomed benefit for carriers came from the collapse of oil prices causing low-sulphur bunker prices to plunge well below the pre-IMO 2020 price for heavy fuel.

The worst case scenario prediction at the height of the downturn of a massive $23bn industry loss was scaled back to a $7bn deficit with some analysts even beginning to call a breakeven result.

By July a mixture of pent up demand and fresh orders, driven by consumers working from home switching their expenditure from travel and hospitality to e-commerce purchases, along with a mass of PPE shipments, encouraged carriers to reinstate cancelled loops.

And then the strength of their forward booking visibility prompted the alliances to deploy extra loaders, particularly on the transpacific tradelane.

The unintended consequences of piling on more capacity to meet the export boom from Asia was to throw carriers’ equipment balances totally out of kilter as containers got stuck on ships awaiting berths, on quays awaiting transport, or lock-jammed at other intermodal pinch points.

The vicious circle of delays extended transit times which were compounded by substantial cargo roll overs and ports being skipped.

In an endeavour to shorten the time taken to return boxes back to Asian depots for export loading carriers angered US and European exporters by refusing to release containers for backhaul loads choosing instead to reposition equipment empty.

With demand vastly exceeding supply, both for space on vessels and for equipment, the container rate spike that had begun in June from Asia to the US spread to most other tradelanes.

But container spot rates as recorded by the Shanghai Containerized Freight Index (SCFI) are not representative of the actual price paid by embattled shippers who, desperate to secure space and equipment, face a myriad of surcharges and premium fees.

SeaIntelligence’s Lars Jensen, commenting on container rates recently said that developments had left him “lost for words”, which is an impediment that the analyst seldom suffers from.

Meanwhile, shippers did not mince their words accusing carriers of “price-gouging” and “hiding behind the pandemic” to boost their profits.

“Today I have seen container rates from China to the UK at the highest level I have ever witnessed with some shipping lines now charging over $16,000 for a 40 ft high cube,” said one subscriber of The Loadstar.

“Yes, there is congestion at ports, yes, there is an imbalance of equipment and a huge demand for space, but there is no justification for an increase of over 800%,” he raged.

The top tier of carriers recorded a cumulative net profit of $5bn in the third quarter; the indications are that the industry will double that number in the fourth, and for the first time in a decade the stars have aligned for ocean carriers who have found an unlikely silver lining in the pandemic.

But the year ends with DSV obliged to charter its own ships from China to Denmark to cover their commitments to customers.

This unprecedented action by the forwarder must be seen as a warning to carriers that whatever lies ahead in 2021 container lines need to return to the days of offering an acceptable level of service at fair rate levels or risk further proactive measures by their customer cargo owners that fill their ultra-large ships.