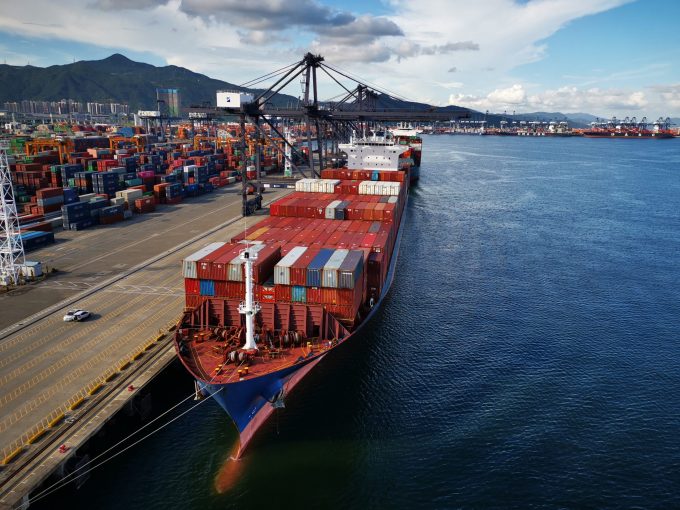 Israeli container shipping carrier Zim, recently listed on the New York Stock Exchange, rewarded investors yesterday, reporting first-quarter results that were among some of the best in the sector.

And it saw 28% year-on-year growth in volumes – so far the highest recorded by any carrier that publishes its results.

Chief financial officer Xavier Destriau told The Loadstar the volume increase was largely the result of organic growth, in the particular trades it operated in, and modal shift, as increasing numbers of e-commerce customers switched from air freight to ocean.

“We focus on profit as opposed to gaining market share, but in this quarter, that has translated into above-market growth because we entered trades that were under-resourced, we have been a pioneer in entering the e-commerce market and we have captured a significant amount of cargo that used to travel by air,” he said.

“An increasing proposition of our e-commerce customer are now signing long-term contracts with us,” Mr Glickman said, adding that annual contract negotiations were completed “months ahead of last year”, and the carrier had effectively been turning contract shippers away since.

“We couldn’t meet all the demand and we have stopped signing contracts because we want to maintain a 50:50 mix between spot and contract markets.”

A lot of Zim’s recent success has also come from its vessel-sharing agreement with 2M partners Maersk and MSC, both as slot charterer and vessel operator, which will expire in 2025.

“We have provided two vessels on the new service between Vietnam and the US east coast and, although we are competitor of Maersk and MSC, and we compete hard, all the partners can see the benefit of jointly operating these services> And from our side we will do our best to extend the agreement,” Mr Glickman told The Loadstar.

All this has left Zim with a healthy balance sheet, and capex this year will be directed toward investment in its container fleet.

“We are an asset-light company when it comes to vessels, but we want to take the share of owned containers to over 30% of our fleet,” Mr Destriau said.

“Crossing that threshold is a first step and I see owning containers as a good use of the cash we generated, because containers are a liquid asset and retain their value over the years, and even at the end of their lives there is a scrap metal value,” he added.

Of the $590m it has allocated to buy containers, it has taken delivery of the first $121m tranche, with the majority to come in the second quarter and the remainder in the third and fourth.

“Unlike other shipping companies, we have not experienced any shortage of containers – our customers have been fully supplied with all the equipment they need,” said Mr Glickman.

It is unlikely, however, to be speaking to shipyards ordering vessels. A recent agreement with non-operating owner Seaspan for ten 15,000 teu LNG-powered box ships on 10-year charters is as far as its fleet expansion is likely to go.

“We don’t have the flexibility we require if we own vessels – we want to make sure we can upsize and downsize to fully capture the volumes; we don’t want to own vessels that we then have to inject into trades they are not suitable for,” Mr Destriau said.

“That said, we will always need some feeder-sized and mid-sized ships – the 15,000 teu vessels we will take on charter from Seaspan are an optimal size for the Asia-US east coast trade and are comfortable with the longer-term charter,” he added.

Meanwhile, Zim’s shareholders were rewarded with a special $238m dividend, representing $2 per share, on top of the 2021 annual dividend.

“We are now in a situation, thanks to the terrific quarter and because we have very strong visibility of the rest of 2021, where we have been able to repay debt early and return capital to our shareholders – this is just us doing what we said we would,” Mr Destriau added.