News / Zim results 'take the lead' among box lines, while it promises to serve forwarders 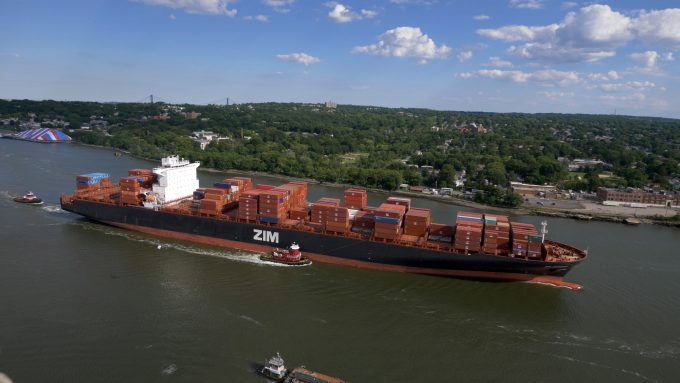 It will come as little surprise to The Loadstar readers that Israeli carrier Zim yesterday reported a set of bumper annual results for 2021.

It was today labelled by Loadstar Premium as “breaking all records and taking the lead among the best T&L performers ever, on all fronts, in the past 12 months”.

“The 23% growth in container volumes, largely came from the launch of new services in the intra-Asia trades, Asia-Australasia and Asia-East African services, as well as the launch of its e-commerce express strings between Asia and the US west coast,” chief financial officer Xavier Destriau told The Loadstar.

“That’s where most of our growth has come from, because in these trades we started with zero, but today, across the fleet, vessels are pretty much 100% utilised,” he added.

Earlier this week it announced the forthcoming launch of another standalone Asia-North America express service, linking Yantian and the Vietnamese hub of Cai Mep with Baltimore, New York and Boston via the Panama Canal.

Initially the ZXB service will be fortnightly and operate “smaller capacity” vessels, but it is planned to increase frequency to weekly, and could well see the introduction of larger vessels over the course of this year, which is part of the reason why Zim’s volume guidance for 2022 of 6-7% growth is slightly above market forecasts, Mr Destriau noted.

This service, with others expected to follow, has coincided with a resetting of Zim’s relationship with the 2M alliance, explained president and chief executive Eli Glickman.

“We still have a very good relationship with both Maersk and MSC, but we decided to change the structure of our partnership with them.

“Whereas previously it consisted of a mix of vessel-sharing agreements (VSAs) and slot purchases, as the market changed we realised that while we wanted to continue with the VSAs we didn’t want to buy slots and this was the easiest way where we don’t have that cost hanging over us,” he said.

He added that the carrier continued to target a 50-50 mix between spot and contract cargoes, with contract lengths mostly limited to a year.

“We have had some customers ask us for longer contracts, and under special circumstances we will accommodate them, but mostly one year is the limit,” Mr Glickman said.

However, he added that this will not lead to any discrimination between customer profiles, and promised to serve shippers and freight forwarders on an equal basis.

“We don’t do the same sort of customer arbitrage that some other carriers have done – there’s a benefit to us to offer space protection to both shippers and freight forwarders,” Mr Destriau added.