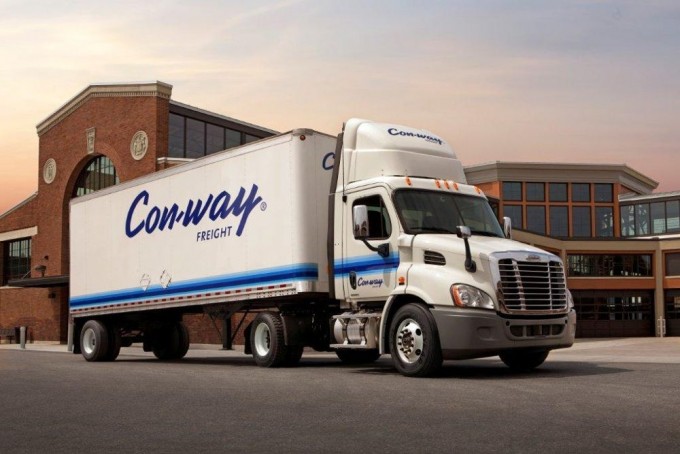 XPO Logistics has revealed that will retain the full-truckload (FTL) business unit of Con-way Freight, which it acquired at the end of October.

The $3bn acquisition was motivated by the potential from merging Con-way’s less-than-truckload (LTL) operations with XPO’s own, to make it the second-largest LTL operator in North America.

Following the acquisition, XPO chief executive Bradley Jacobs confirmed to The Loadstar that “we have had a number of unsolicited inbound calls from competitors interested in acquiring the FTL business; and we have to consider these types of deals – but we haven’t made any decision yet”.

However, yesterday XPO Logistics submitted an SEC filing to the New York Stock Exchange in which it revealed that it would use the unit to focus on developing cross-border traffic between the US and the burgeoning manufacturing heartlands of Mexico.

It said: “The company has decided to retain the truckload business as part of its integrated supply chain offering.

“In deciding to retain this business, the company considered the value that shippers place on owned truckload capacity, particularly in US-Mexico cross-border lanes, and the opportunity to improve the utilisation of the assets.”

Mr Jacobs’ initial strategy, building the company through consolidation activity, was to focus on non-asset based companies such as truck brokers, freight forwarders and last-mile fulfilment firms that typically outsourced the physical delivery of goods to third parties – indeed, its early approaches to Con-way had proposed buying only its contract logistics division, Menlo; an offer rejected by the Con-way board.

That approach changed with the acquisition of France’s Norbert Dentressangle, however, and last year Mr Jacobs described visiting blue-chip shippers in Europe to discover that owning a significant asset base gave a greater dimension to its service offering.

“After we bought ND, our appetite for buying companies with an asset base increased. We realised the value that having assets could bring us in terms of customer conversations – I could tell from our conversations with many of the big shippers in Europe that having a component of assets in our business gives us a bigger seat at the table with them,” he told The Loadstar.