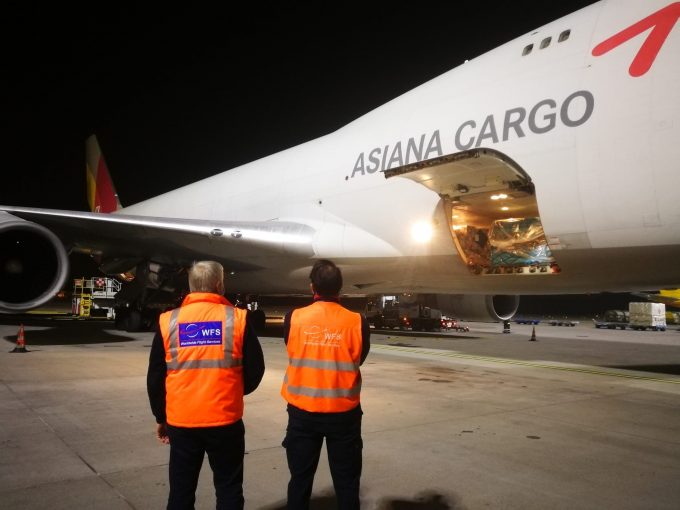 The airline operates three Boeing 747 freighter flights a week from the Italian airport to Seoul. WFS expects to handle some 15,000 tonnes of cargo annually for Asiana.

The new contract is a further justification of WFS’ decision to invest in a new cargo terminal at the airport, which has the capacity to handle over 47,000 tonnes a year. Opened two years ago, it is the most modern cargo handling facility at Milan-Malpensa and already serves other leading international airline customers.

As well as operating the first new cargo terminal to open at Milan-Malpensa in over 14 years, WFS has ensured the 8,800 sq. mt. warehouse, ramp and office facility is fully equipped with the latest cargo handling equipment and systems as well as a cool zone for temperature-controlled shipments, such as pharmaceuticals.

Massimiliano Introini, Managing Director of WFS in Italy, commented: “Winning this important contract with Asiana Airlines is a significant boost for our operation at Milan-Malpensa. Our decision to invest in a new facility at the airport was based on our long-term confidence in the Italian air cargo market and a belief that we would be able to attract world class airlines as customers. We are doing this successfully, and this is also a reflection of the great service levels being delivered by the WFS team in Milan. We look forward to more growth in 2021.”