News / US supply chains still congested, but it's a silver lining for overheated California 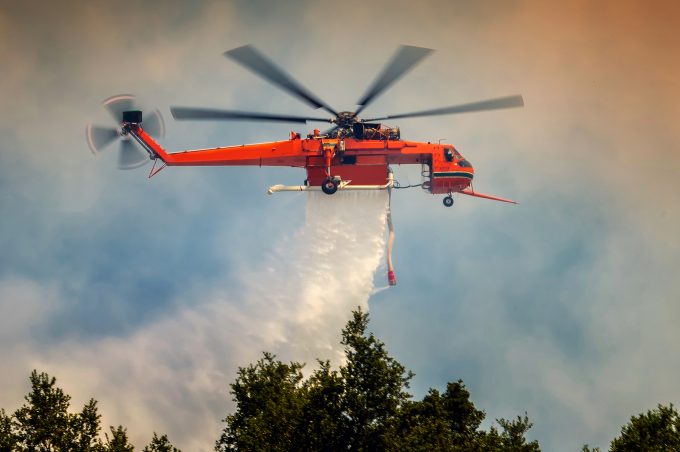 Every cloud has a silver lining, they say. Blank sailings and chronic supply chain delays are a big black cloud, but that has helped California law enforcement authorities who said a recent influx of illegal fireworks could have been worse.

Last month, 15,000 lbs of fireworks and $1m in cash was seized by police investigating a smuggling ring.

Wildfires in tinder-box dry California have often been started by the use of illegal fireworks and one industry source said things would have been considerably worse if container loads were not delayed at ports.

Generally, however, supply chain delays have been hitting industry hard, with the biggest concern the “pause” to factory production in China.

Supply chain data analytics company Project44 said: “High port of lading dwell times suggest that port workers are still working their way through a massive backlog of cargo that has built up over the past month, both at the port and in factories and warehouses across the region.

“This corroborates reports that some factories have paused production due to lack of space, causing further supply chain delays that will be felt for months to come.”

VP of marketing Josh Brazil told The Loadstar: “There has been a shift from consumer demand to non-consumer goods and that fall will ease the burden on upstream capacity.”

And as long as there are no more “black swan” events, the industry should be “seeing the light at the end of the tunnel,” he said.

Nevertheless, dwell times at major ports in the Shenzhen region remained “disruptively high”, said project44, even though the major cause of the disruption, Yantian Port’s Covid-19 outbreak, had now ended.

“Since 1 July, the rolling seven-day average dwell times were 12.9 days for outbound (port of loading) and 4.2 days for inbound cargo (port of discharge). While high by pre-pandemic measurements, these numbers are well below last month’s high on 22 June.”

And as a result of the continued disruption in the Pearl River Delta, blank sailings, where lines omit port calls, were continuing to rise. On 1 July, 17 port calls were missed, and a further 12 on 2 July, according to project44 data.

Mr Brazil believes the downstream congestion could take months to clear, with the ripple effects of the Yantian issues continuing to be felt three to six months ahead.

“The question is, are manufacturers going to keep inventories high or will they change to a low stock future? You can find nothing on the shelves in malls at the moment,” said Mr Brazil.

FreightTech radar: FourKites CEO – 'acquisitions can get out of control very quickly'

…and don’t use Covid times to predict the future.