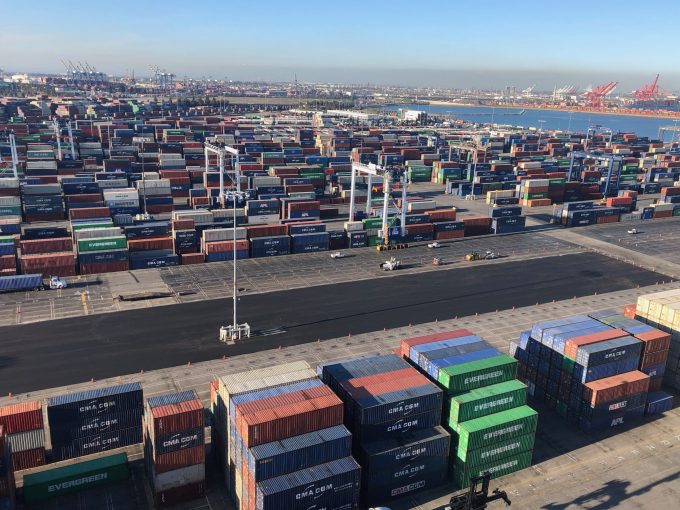 In its complaint, Eucatex outlines how it had asked FMS and CMA CGM to extend free time for D&D, but both companies refused – and a number of attempts to discuss the charges with the terminal operator and carrier were rebuffed, it is alleged.

Shipment of the 43 containers was made under four separate bills of lading: the first included 13 boxes; the second a further 13; the third 16 boxes; and the fourth a single container.

The freight arrived in Long Beach in January and early February, and each batch had a container put on ‘customs hold’ for the authorities to examine the contents. That meant all the containers under each bill of lading could not be released until customs had cleared the cargo.

FMS took from two to four weeks to transfer the cargo to customs at the centralised examination station (CES), using up the shipper’s ‘free time’ in the process. And Eucatex was unable to collect the first shipment when it was released on 5 February, delaying collection of the cargo until 10-12 February, up to seven days after release.

FMS assessed the D&D charges for consignment one at $58,220, which Eucatex was forced to pay before it could collect the cargo.

The second consignment also had a container put on customs hold; it took FMS 21 days to transfer the boxes to the CES, with the last ‘free day’ 21 January, but customs released the freight on 12 February. Eucatex picked up the cargo between 15 and 17 February, with an FMS-assessed D&D charge of $94,065.

A similar situation with the third consignment saw Eucatex have seven free days, and with a container held for customs examination, this time FMS could not transfer the containers for 25 days. The shipment had arrived at the port on 19 February and, with the delays to movement and customs examination, the cargo was finally released on 22 March. Eucatex picked it up on 22 and 23 March, after paying D&D charges of $117,705.

Shipment four was a single box, with a similar story and D&D charges of $1,025.

According to the complaint: “When Eucatex questioned the delays in moving containers to the CES, it was informed that there was an ‘extreme chassis shortage’ at the port, which significantly delayed FMS’s ability to submit the containers for Customs exam, as it is not a chassis provider. FMS further claimed that the lack of equipment was because CMA [CGM] had failed to provide it with chassis for the shipments.”

Moreover, according to Eucatex, it attempted to obtain detailed invoices that show how the D&D charges were assessed. The company claims neither FMS or CMA CGM has provided them.

In total, Eucatex paid $271,015 in storage charges for cargo it alleges it could not collect from the terminal operator.

The Loadstar has contacted Eucatex, CMA CGM and FMS for comment.