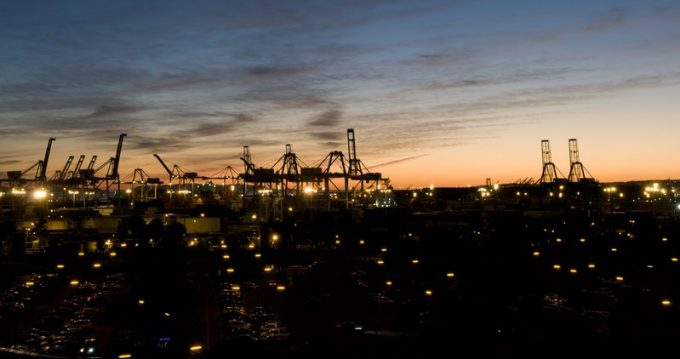 Faced with high volumes and congestion, the largest port complex in North America needs an ‘Amazon state of mind’.

And it should consider measures like round-the-clock operations, says Mario Cordero, executive director of the port of Long Beach.

Long Beach handled 784,845 teu last month, an increase of 4.2% over July 2020 and Mr Cordero expects the tally to be markedly higher for the full year, projecting 10% growth in container volume.

Mr Cordero expects a combined volume of more than 19m teu for Long Beach and its neighbouring port of Los Angeles this year, up from 17.3m teu in 2020.

Moreover, he does not view this as a temporary spike, but as a ‘new normal’ that the ports and their users must come to terms with.

The port complex has struggled with elevated volumes and congestion all year. It reduced the number of ships waiting at anchorage, as well as container transit times, but could not manage to clear the congestion altogether, an ominous sign for the peak season, and by late July, vessel bunching, a shortage of chassis and longer container dwell times had all taken a turn for the worse, again.

The new Long Beach Container Terminal, largely completed in June, brought some relief, and so has the Long Beach International Gateway Bridge, and the port has extended the use of the short-term overflow resource yard at Pier S until the end of the year. This can hold 7,000 containers. In the long run, a new on-dock rail facility at Pier B will help with rail traffic.

But Mr Cordero doesn’t think these measures are enough to avert congestion in the long run. He suggests ports have to develop an “Amazon state of mind” regarding their operations and will have to consider operating around the clock to keep up with anticipated growth.

Craig Grossgart, SVP global ocean at Seko Logistics, sees merit in the idea. To begin with, it would improve productivity, he said, pointing out that the LA/LB ports have no room to expand, unlike gateways in the south-east and Gulf of Mexico.

“Obviously you’d be able to discharge or load more ships in a week, which would help reduce the number at anchor,” he added.

Another benefit of a third shift would be that it could be used to straighten out the yard – for instance to find boxes that have been there for a long time.

“Generally if the quay is operating the gates are too, so that would help with the number of appointments available,” said Mr Grossgart. However, most of the incremental appointments would be at night, which is not favoured by truckers, he noted.

As the distribution centres generally do not operate 24/7, collection during the night would become a ‘pre-pull’, which would incur additional costs and raise security issues.

And for the rail element, Mr Grossgart questions the benefit of a 24/7 port operation, adding: “It wouldn’t achieve much, as railroads would have to match the hours. This would still be a choke point.”

But aside from these issues, most players along the supply chain would embrace an extension of operations to 24 hours, thinks Bob Imbriani, president of forwarder Team Worldwide, citing the strain that the port congestion has inflicted on all operators.

“Today people would take anything,” he said, adding that the plan should have been embraced years ago.

At this point, however, the idea of a 24/7 port operation is academic, he added. “One problem they have at the ports is manpower. You’re going to need significantly more longshoremen, harbour pilots and warehouse terminal personnel. Where are they going to come from?” he asked.

In addition, there is a shortage of truck drivers, as well as issues with rail capacity, he added.

Another question is how the move would play out in labour negotiations. The issue has been a bone of contention between waterfront employers and labour unions. International Longshore & Warehouse Union president William Adams said: “The union agrees gates should open 24/7, but terminal operators refuse to consistently hire us for the third shift.”

The debate about a third shift will intensify as frustration over delays and congestion mounts. Meanwhile, the other players in the supply chain have to scrutinise their set-up for steps to combat congestion. This is not an issue that can be resolved by one step taken by one link in the chain.