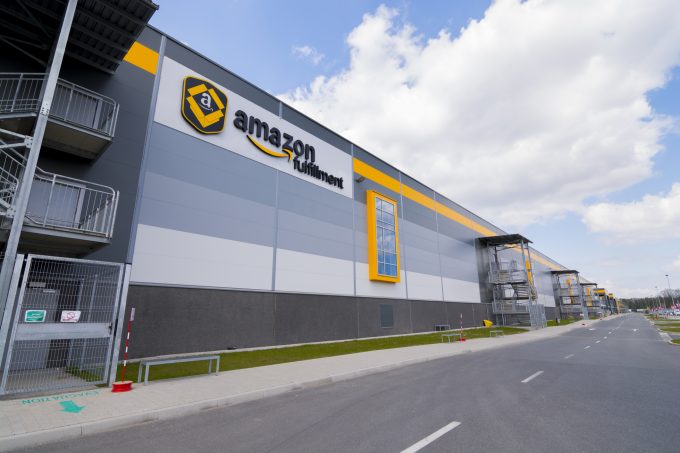 Amazon’s logistics arm, built around its Fulfilment By Amazon (FBA) product, is in danger of being cut off from its online marketplace.

Legislation by the US government that could pave the way for such a move advanced in Congress last week, when the House Judiciary Committee voted narrowly in favour of the Ending Platform Monopolies Act.

The bill, co-sponsored by representatives from both major parties, aims to “eliminate the ability of dominant platforms to leverage their control across multiple business lines to self-preference and disadvantage competitors in ways that undermine free and fair competition”.

It was one of six antitrust bills discussed in Congress last week that seek to curb the reach of Big Tech firms.

Their appearance follows a lengthy congressional investigation into alleged antitrust matters that led to a 450-page report which made several recommendations, among them a call to ban online platforms from “operating in lines of business that depend on or interoperate with the platform”. This could threaten Facebook’s ownership of Instagram and WhatsApp, as well as Amazon.

It is unlikely to affect the online retailer’s cloud services, but the link between its Marketplace platform and logistics and fulfilment services would definitely be affected, said Rick Watson, founder and CEO of consultant RMW Commerce.

The congressional report explicitly touches on Amazon Marketplace and FBA, pointing out that sellers have a powerful incentive to embrace FBA, as it is vital for them to get rankings to find Amazon Prime customers.

“For a seller’s products to get the Prime badge – essential to making sales on the platform – a seller must either qualify for Amazon’s Seller Fulfilled Prime programme, or use Amazon’s FBA service,” it says.

According to the report, more than 73% of sellers on Amazon’s Marketplace platform rely on FBA.

If Amazon were forced to part with its logistics arm, the repercussions would be far-reaching. The logistics operation would have to take onboard third-party business, reckons Cathy Morrow Roberson, founder and head analyst of Logistics Trends & Insights.

“I don’t think Amazon logistics is profitable on its own,” she said. Amazon has frequently been accused of cross-subsidising losses on the logistics side with the income it has raked in from cloud services. Ms Roberson thinks a separate Amazon logistics operation would have to raise its prices.

And vying for third-party parcel business would set Amazon logistics in direct competition with UPS and FedEx. But for Mr Watson, this would not make a fundamental difference. He regards head-on competition between Amazon and UPS as inevitable in any case.

Over the past five years, the e-commerce giant has raised the portion of its parcels delivered through its own network from 30% to somewhere between 60% and 70%, he pointed out. It has invested in a large number of automated warehouses, the middle-mile network that connects them and hired over 100,000 franchise drivers for delivery. In addition, it has spent money on a robotics institute.

The outlay has been awe-inspiring. Over the past year, Amazon spent about $40bn on its global businesses, about half earmarked for logistics, Mr Watson said. By comparison, UPS invested $4bn last year, he added.

Morgan Stanley estimates that Amazon will overtake FedEx and UPS next year, in terms of its share of the parcel delivery market.

“I think it’s likely that in just a few years – probably three or four – Amazon is going to be at least three or four times the size of UPS, just in terms of the parcel volume,” said Mr Watson. “It’s a volume and price game, and you need one to get to the other, so I think the competition with UPS is really elementary from that perspective.”

This competition is already under way, he said, pointing to the fact that Amazon had launched a third-party shipping service in the UK and embarked on a pilot project in California before the pandemic.

However, at this point this is not a priority for the company, as it is more concerned with meeting service expectations of its customers and consumers, Mr Watson said. Earlier this year, Amazon’s top brass acknowledged that the pandemic had slowed down its push for next-day service.

The market may respond well to the rise of a sizable alternative to FedEx and UPS for parcel deliveries. The integrators have not gained in popularity with their moves to curtail business from large shippers through a combination of hefty surcharges and volume caps, sometimes imposed at short notice, all to raise their business with SME firms, which generates juicier margins.

Whether or not Amazon’s logistics may have to stand on its own feet is very much in doubt at this point. While there is a large body of public opinion opposed to the dominant position of the ‘big tech’ giants, it is unclear how legislators and the judiciary will approach the issue. Mr Watson noted that at times the view that sheer market share is the defining criterion has dominated, at others – such as in recent years – the question if a monopoly position is harmful to consumer interests has framed the debate.

In terms of the convenience and low prices Amazon has brought about for consumers, the latter view would likely stop the proposed legislation in its tracks.

Ms Roberson thinks Amazon would likely come to an agreement with the authorities before a break-up of its business units came to pass.

“It may be better to address the issues like the fact that sellers’ rankings depend on FBA, rather than break up the company,” she said. “Maybe Amazon could set itself up as a holding company, with the cloud, logistics and platform businesses as separate subsidiaries.”