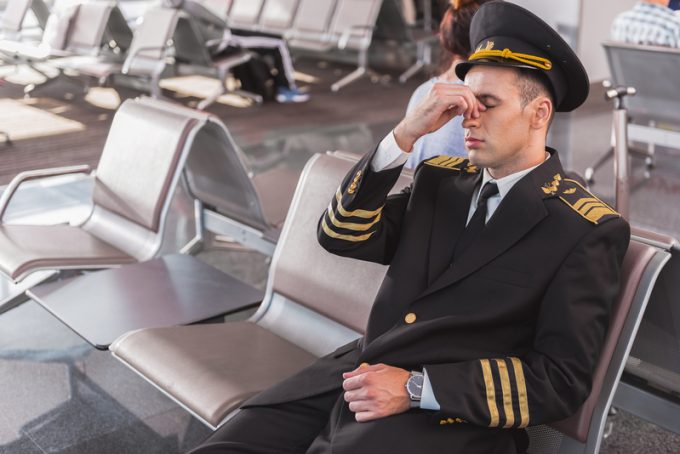 US lawmakers have introduced a bill that proposes stricter rules on work and rest periods for air cargo pilots.

Four congressmen – from both sides of the political divide – have tabled proposed legislation that calls for the rules for cargo pilots to be brought in line with the regime governing passenger airline pilots.

In 2014, the US tightened rules for pilots employed by passenger carriers in response to the investigation into the crash of a commuter aircraft in 2009, which claimed the lives of 50 people.

Fatigue was identified as one of the reasons for the tragedy and the new rules reduced the maximum work day for flight crews from 16 hours to 14 and imposed a 10-hour break before a pilot can fly again, including eight hours of uninterrupted sleep.

The requirements were not extended to cargo pilots, as the authorities followed the operators’ argument that they would be hit disproportionately hard by the proposed rules, since most of their flying occurs during the night. Cargo pilots have remained subject to the guidelines in place for all flight crew before 2014.

When the congressmen tabled their Safe Skies Act, they were joined by pilot union representatives of the Air Line Pilots Association (ALPA), the Coalition of Airline Pilots Associations and the International Brotherhood of Teamsters. All have been vocal advocates of aligning cargo and passenger airline pilot work and rest rules.

“Airline pilots are affected by fatigue, regardless of whether we fly passengers or freight. It is time for Congress to pass the Safe Skies Act and ensure one level of safety for all airline operations,” said Capt Joe DePete, ALPA president. “Based on statistics, if the accident rate of all-cargo operations was applied to passenger operations, there would be an additional 277 accidents within 10 years. That is not acceptable.”

The Safe Skies Act resumes a battle going on since the dual regime came into being in 2014. That year, the National Transportation Safety Board barred UPS and the International Pilots Association from the investigation into the causes of the crash of UPS flight 1354 the year before, after the union had issued a statement giving its own analysis of the likely causes, which prompted the integrator to post a response on a website.

Steve Alterman, president of the Cargo Airline Association (CAA), jokingly referred to the issue as “the zombie of the apocalypse” that he “could never slay”, as it keeps coming back. There has been no change in the issue that would suggest a different reading, he said.

He stressed that incidents where fatigue was a factor were not due to violations of rest and work rules.

“No instance we know of where fatigue was involved was caused by scheduling issues,” he said.

If pilots were fatigued for other reasons, they would have a choice not to fly, he added.

“All of our carriers have non-punitive policies. It’s not in our interest to see a crash because of fatigue,” he stated.

For operators, the imposition of the current rules for passenger airline pilots could be painful. The FAA published an analysis in 2014 which estimated that this would cost the industry about $452m over 10 years.

The CAA and other carrier organisations have argued that work patterns in the cargo industry are fundamentally different from the passenger side.

For some, the legislative drive seems but another front in a confrontation between pilot unions and airline management. Atlas Air and its pilots have been locked in a bitter dispute over a joint labour agreement in the wake of the takeover of Southern Air that has been dragging on through the courts. Atlas Air pilots’ work-to-rule stance has been blamed for Amazon’s decision to contract some freighter operations to a different provider.

Previous attempts to usher in legislation that would extend the current work and rest regime for passenger airline pilots to the cargo sector have failed, but Mr Alterman does not take this outcome for granted in the latest push.

“This is a whacky year in terms of legislation,” he said, noting that 2020 would be an election year.

Atlas Air and UPS did not respond to requests for comment. No doubt they are working furiously behind the scenes to advance their cause.

Would the extension of flying from five days a week to daily service in the wake of the e-commerce push for next-day service change the equation? Mr Alterman does not think so.

“It does not change the picture. It’s irrelevant to work hours and rest,” he said. “It means you need more pilots. It’s an issue of recruiting pilots, not of rest and fatigue.”

UPDATED on December 3 with new image