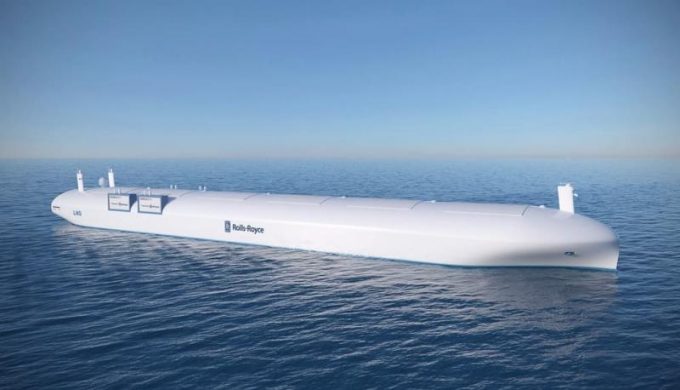 Indeed, the Yara Birkeland, an autonomous battery-powered cargo ship has been developed by a Norwegian agriculture company to carry fertilizer 37 miles down a fjord, to its production plant at the port of Larvik.

After (manned) trials of the $25m ship – which will be able to transport the equivalent of 100 containers – the vessel is stemmed to begin service in 2020.

The 90-page code provides guidance for the design, construction and operation of autonomous maritime systems and is receiving huge interest from Asian shipyards who are actively looking for new (profitable) niche ships to build.

It should be noted that ‘autonomous’ does not necessarily mean ‘unmanned’, and for larger ships the requirement, for say just a two-man crew, would achieve substantial savings.

The first trials of a self-navigating ship have concluded. NYK conducted manned tests with a car carrier last ...

Autonomous box ships won't be a reality in my lifetime, says Maersk CEO

Maersk CEO Soren Skou has said he does not expect to see large autonomous ships ...

The first automated containership is to set sail next year, but will start with a partial ...

Autonomous shipping in the Baltic Sea by 2030?

In a little over 10 years, the Baltic Sea region is expecting to see fully autonomous ...

IMO nod to autonomous ships on the high seas

It appears the International Maritime Organization (IMO) has agreed to launch a study into amending ...