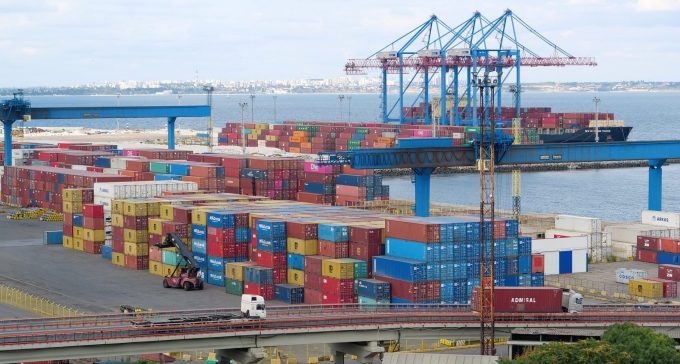 A cyber security firm is warning companies to raise awareness regarding online systems and reassess the potential threat to those systems in the wake of the Russian attack on Ukraine.

After Danish freight forwarder DSV shut down its IT systems in Ukraine, as well as its physical offices, Cyber CX told The Loadstar this may be the best option, but it would depend on each company.

DSV said it had taken “strict security measures to protect DSV and our customers against cyber-attacks”.

“Companies should reassess their security due to a shift in the threat line; there needs to be technical controls, but also employee awareness is key.”

According to Ms Stevenson many cyber attacks are successful through employee error. She added: “Shutting down systems is not necessarily the best option, that would depend on your risk appetite, but technical enhancements are the way forward.”

Freight forwarders operating in the conflict zone in Ukraine have warned that freight movements in neighbouring countries could be hit as drivers head home to Ukraine and supply chains are disrupted in the air, at sea and on the road, as well as through IT systems.

Major forwarders such as DSV and DB Schenker have closed their local offices and told staff to stay at home. All imports and exports have ceased, including shipments through the port of Odessa, which was closed yesterday, following the invasion.

Flemming Ole Nielsen, EVP and head of investor relations, corporate marketing & communications at DSV, said: “Right now, we are fully focused on ensuring the safety of our close-to 230 employees in the country. We have closed our offices in Ukraine and asked our employees to stay safe and follow instructions from local authorities. Additionally, all employees have received salary for both February and March to ensure that they can afford key commodities.”

DSV said it would closely monitor the situation in Ukraine and in Russia, where the company has around 600 employees. Moreover, the Danish forwarder expects “significant operational and capacity challenges for the entire region, including Russia, and for all transport modes.

“The situation in Ukraine is considered force majeure, and it is already now also affecting DSV operations in other countries in the region.”

In addition, to the closure of seaports, all air traffic into and out of Ukraine has ceased and “it is expected that other means of transport will also be affected by the situation”.

Trucking capacity is being restricted by tight border controls, and DSV says Ukrainian nationals working as truck drivers or in other supply chain functions all over Europe are seeking to return home on an immediate basis”.

German forwarder DB Schenker has also halted all operations and told employees to stay at home. However, the company said its groupage service to/from Belarus remained operational, as well as a similar service into Russia – “but all lead time commitments are suspended”.

DB Schenker also said the conflict in Ukraine could affect shipments into and out of other eastern European countries, adding: “So far, all other consignments are running as usual. We are working on contingency plans for a number of different scenarios.”